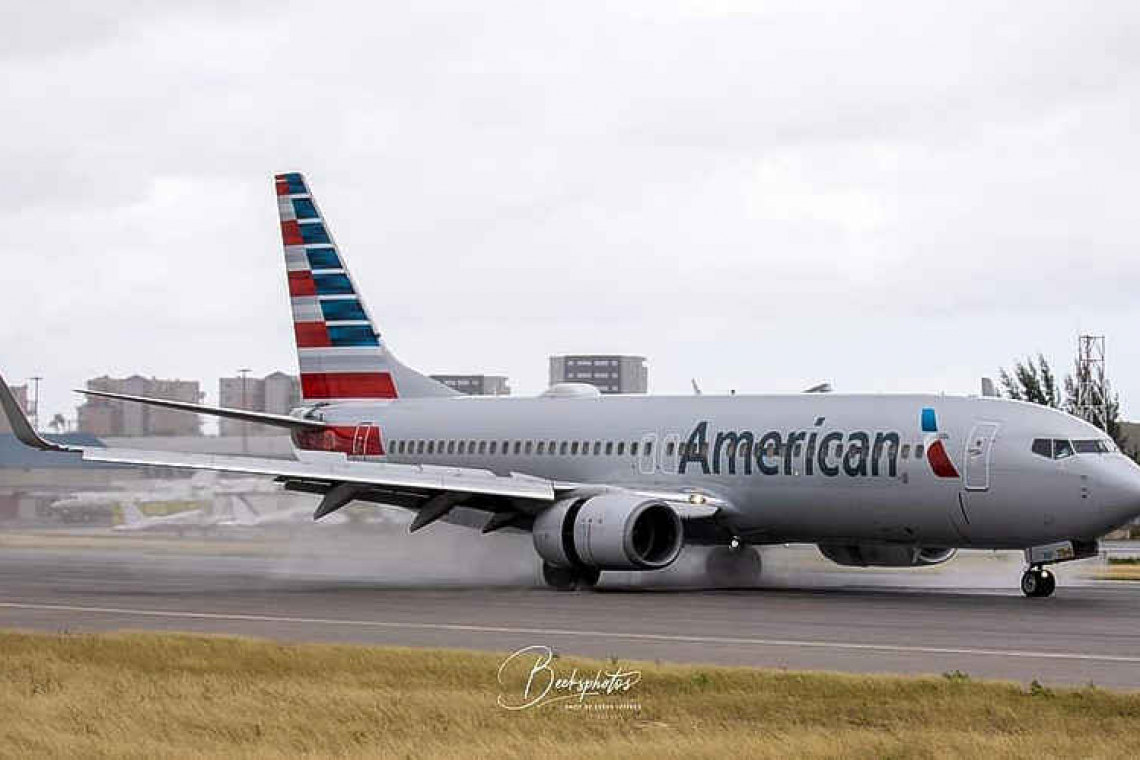 AIRPORT–American Airlines (AA) will be increasing its weekly flights to St. Maarten from fourteen to nineteen as of June 5, announced Princess Juliana International Airport (PJIA) operating company PJIAE on Thursday.

The flight increase is due to AA adding a seasonal Dallas/Fort Worth (DFW) route on that day. June 5 is also the day that Port St. Maarten will begin homeporting cruise ship Celebrity Millennium.

“American Airlines has a long and proud history at Princess Juliana International Airport, with more than 40 years of service,” said AA regional manager of Eastern Caribbean airport operations Cathy-Ann Joseph. “Our operation plays a fundamental role in connecting St. Maarten to the United States and the [rest of the – Ed.] world during this time of crisis, so we are extremely honoured to be able to continue expanding our network in the island.”

“As passengers continue to long to travel during the summer period, this will increase airlift into high-demand destinations such as St. Maarten,” said PJIAE chief operations officer (COO) Michel Hyman. “We are happy that American Airlines, which is by far the biggest air carrier into St. Maarten, is increasing its flights, particularly on Saturdays, to service the destination.”

PJIAE said in a press release on Thursday that increasing the volume of air traffic is a high priority.