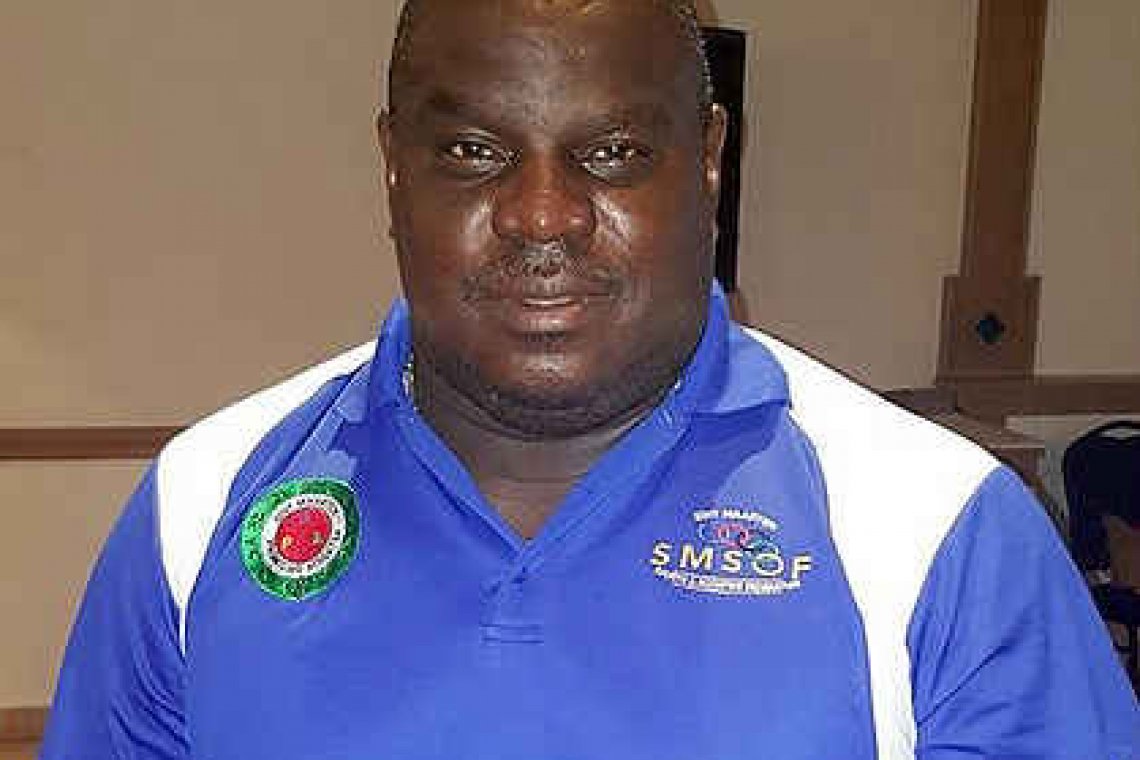 Bell has more than 20 years of experience in the Justice Ministry. He was a prison guard for many years until he was moved to become a prison guard instructor at the St. Maarten Justice Academy. He was in this position until Hurricane Irma destroyed the complex, and the institution was subsequently closed.

Bell is also active in the country’s sports domain. He is the current SMSOF President and an accomplished Judoka. He received certifications in coaching as well, including the International Coaching Enrichment Certificate Programme (ICECP) in judo.

The ICECP is delivered by the United States Olympic Committee in partnership with Olympic Solidarity and the University of Delaware and aims to equip national-level coaches with skills in sport sciences, talent identification, athlete development, coaching education, coaching management, grass roots sport development and coaching ethics.

“Mr. Bell’s predecessor, Rikson Martina will soon be taking up another managerial position within the prison sector. In April of this year, Mr. Martina celebrated over 30 years in service at the prison and to the government of St. Maarten. Minister Richardson thanked Mr. Martina for his best efforts while he held the position of interim director at the Pointe Blanche prison. Mr. Martina has maintained a high level of professionalism and is enthusiastic to serve at a high level within the prison system,” said the Justice Ministry in a press release on Thursday.

Arrindell served as TEATT Minister from November 2015 to December 2016 under then-Prime Minister William Marlin. Coming from a background in business and human resource management, she has also been a civil servant for more than 10 years and has held posts within the Justice Ministry.

Concincion has more than 25 years of service within the country’s prison system. “He has an extensive array of diplomas and certificates that range from handling firearms to advanced coaching and supervision, rehabilitation, treatment and social skills training, extraordinary police officer, and life skills courses for offenders,” said the Justice Ministry. He is also a driving instructor with an office located on W.J.A. Nisbeth Road (Pondfill).

According to the Justice Ministry, Bell and his team will roll out a six-month plan of action that will be “geared to improve various sectors of the prison and its operation.”

“Mr. Bell – with his certified instructor’s background – will personally guide some [prison – Ed.] staff members through the final levels of their certification and provide others with refresher courses.

“The Volunteers Corps of St. Maarten VKS has been assisting at the prison for some time, for which Minister Richardson is highly appreciative. To strengthen their knowledge, skills and overall support to the prison guards, Mr. Bell will also be including the VKS members in the trainings … and aims to develop a stronger working relationship between the guards and VKS members,” said the Justice Ministry.