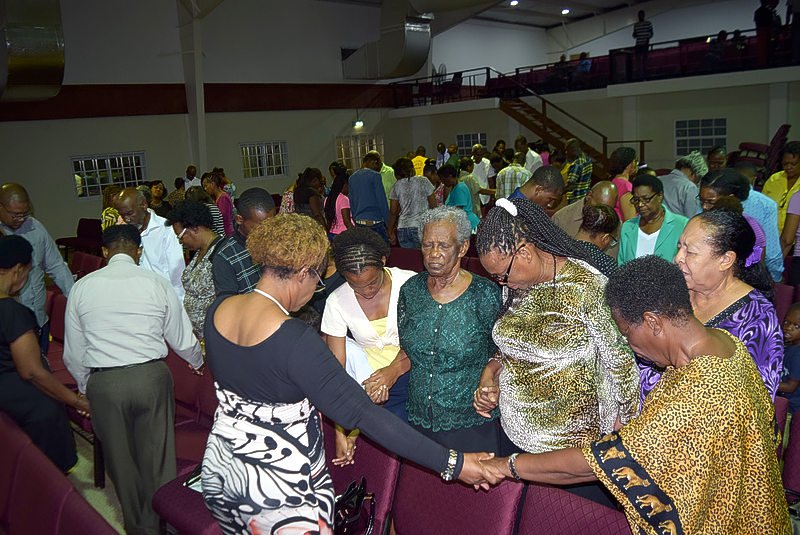 WILLEMSTAD–The so-called ABC-Islands (Aruba, Bonaire and Curaçao) were preparing for the effects of Tropical Storm Matthew, expected to pass to their north today, Thursday.

The Curaçao Met Office predicted short-term rain, wind and sea impacts depending on how quickly the storm moves and strengthens. The disturbance was forecast to become Hurricane Matthew by Friday morning.

The three islands should experience a stiff breeze and strong wind gusts, seas will turn rough and spotty showers could transition into severe thunderstorms. Gusty squalls and building surf will unfold from this morning.

Local authorities announced shelters were being prepared should they be necessary at the former St. Martinus MAVO on L.B. Smith Plaza, Nilda Pinto SBO on Wageningenstraat, Mgr. Zwijsen College on Grebbelinieweg, St. Jozef VSBO on Van Leeuwenhoekstraat, community centre Tera Kora and the Parera school community on Nieuwe Pareraweg. Especially coastal areas were foreseen to be affected by large waves.

People forced to evacuate their homes by conditions there were advised to bring along cash, medicine, personal documents and a cell phone. Staying with relatives or friends could also be a more pleasant alternative.

Residents in general were advised to make sure they had working radios and flashlights, along with extra batteries. Also non-perishable foods and enough drinking water for three days ought to be stored.

Tree branches near houses should be trimmed to prevent them from causing damage and having a first aid kit is recommendable, while a “safe room” with only a small window can be designated in case of destructive winds.

Motorists were warned not to drive through flooded streets as this could even lead to them drowning. Public Works had been instructed to clean the mouths of ditches and canals, many of which were overgrown, to ensure a maximum rainwater runoff.

The St. Elisabeth Hospital was checking its windows and generators, as well as ensuring there were enough bottles of water and flashlights in the various departments. Usually major medical facilities are the last to lose electricity in case of power outages, but they were preparing for the worst.

InselAir had not yet cancelled any of its flights, but expected this to change and said it would try to notify passengers in a timely manner.

Aruba activated its Disaster Management Plan and 32 entities that include the hospital, emergency services, police and the Red Cross were on standby. No cruise ship visits or flights had been cancelled up to Wednesday afternoon, but this was expected to change.

Resorts were keeping their guests informed while stocking up on food and water. They were also doing an inventory of empty rooms where visitors who might have to leave other hotels or apartments could stay.