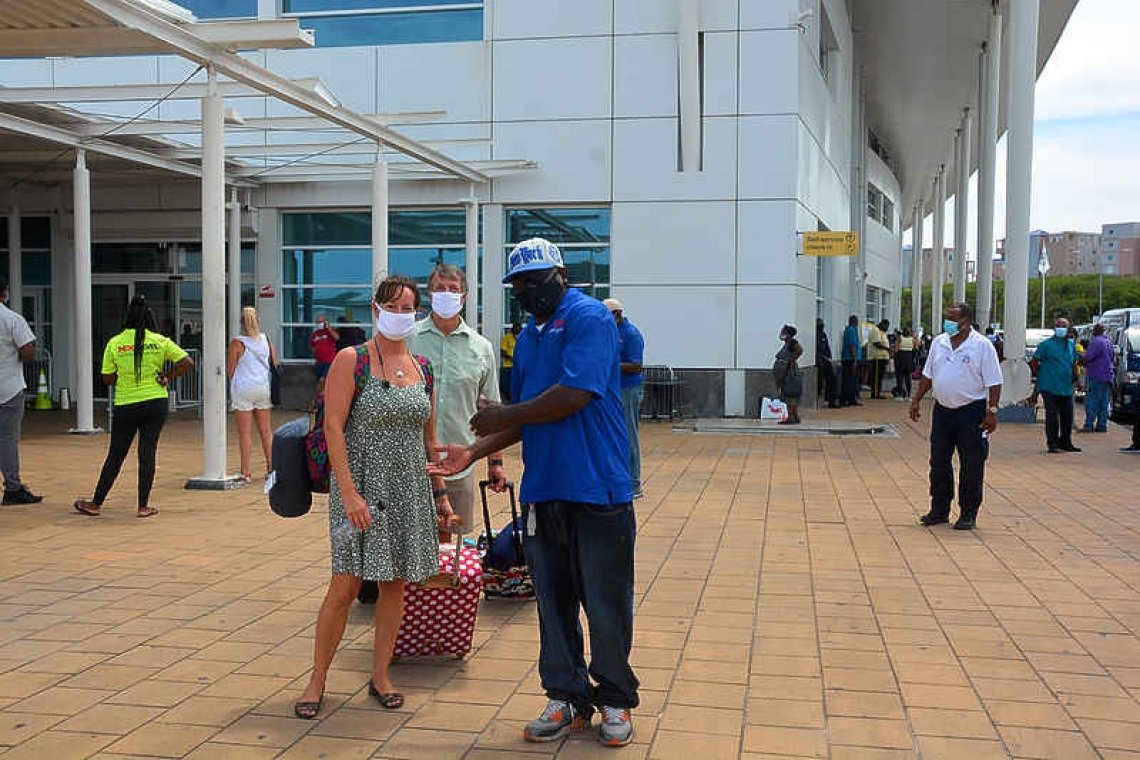 PHILIPSBURG–Minister of Tourism, Economic Affairs, Transport and Telecommunication (TEATT) Ludmila de Weever said during the live virtual Council of Ministers press briefing on Wednesday that roughly 1,000 passengers from the United States (US) will have arrived in St. Maarten by week’s end.

De Weever’s statement came in response to reporters asking her about the passenger numbers for the country’s first week after reopening to the US.

For the first two days (Saturday and Sunday, August 1 and 2), she said about 740 international passengers had landed at Princess Juliana International Airport (PJIA), of whom 540 were from the US.

One flight from the US arrived on Tuesday and two more came on Wednesday. About 150 persons were on these flights, said De Weever.

“We have really small loads [on US flights – Ed.] because of how difficult it has been for persons to receive the [required] testing and results within 72 hours. We are not going to move away from that in the foreseeable future because that is the way we minimise any exposure to high-risk areas or medium-risk areas,” she said.