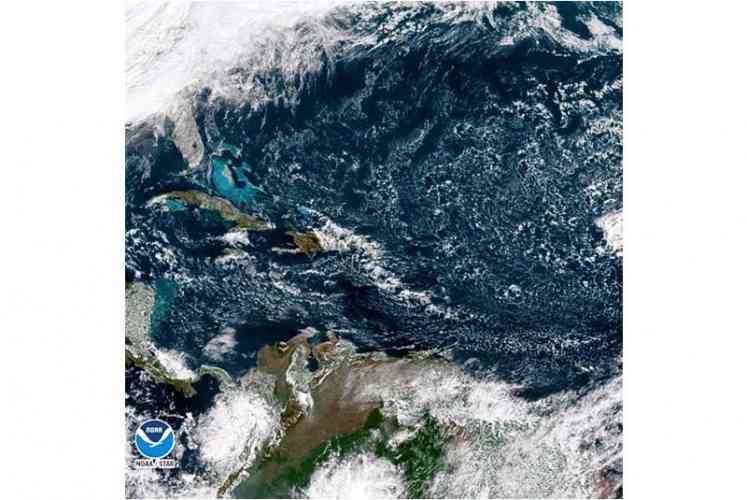 AIRPORT–Rainfall is forecast by the Meteorological Department to be above normal for St. Maarten, most of the Eastern Caribbean and Guyana for the season February-March-April with a slight increase in the number of wet days. Below normal to normal rainfall is forecast for the Cayman Islands and Cuba.

Throughout the 89 days of February-March-April, the normal rainfall total for St. Maarten ranges from 148 millimetres (mm) to 179mm (6-7 inches) with about 22-38 wet days. Normally, there are mostly sunny days with some days with showers during the months February, March and April.

Temperatures for both day and night across the Caribbean are likely to be near normal to above normal for this season. However, there are a few exceptions: Day–time temperatures are expected to be cooler over Southern Hispaniola, Puerto Rico and the U.S. Virgin Islands while night-time temperatures are expected to be cooler over Guyana. Temperatures will feel comfortable in most areas.
At present there are no drought concerns in the short term (by the end of April) across the Caribbean region.

Present sea surface temperatures (SST) around the Leeward Islands and St. Maarten are about 26.8 degrees Celsius (80 degrees Fahrenheit). This is above average for this time of year, but this temperature is way below the bleaching threshold (29.3°C/85°F). As a result, no thermal stress on corals is expected at this time and through the end of May.
The Met Office called on the public to monitor trends in symptoms in persons with asthma or other respiratory illnesses due to smoke or episodes of Saharan dust. Monitoring for possible cases of vector-borne diseases such as dengue, Zika or chikungunya is also urged, as breeding grounds for mosquitoes may still be present, and for cases of allergic reactions to fungal spores from mould.

In the energy sector, the Met Office predicts decreased need for power for cooling as temperatures for both nights and days are expected to be comfortable at least for first part of this season. Cooler night-time temperatures may favour pollen viability and could give rise to increased crop production.

In the tourism field, some disruptions to outdoor activities are possible due to the slight increase in wet days. The office encourages tourists to use sunscreen and seek shaded areas between the hours of 10:00am and 3:00pm on sunny days to avoid risk of skin damage.

The tropical Pacific reflected La Niña conditions in mid-January, with sea surface temperatures in the East-central Pacific in the range of a weak to moderate La Niña and the atmosphere also suggesting La Niña patterns.

The collection of all El Niño Southern Oscillation (ENSO) Predicting Models indicate a weak La Niña continuing through February, March and April followed by a return to neutral conditions by the end of the season. A weak La Niña state will increase chances of drier conditions in the Northwest Caribbean until April and slightly increased chances of wetter conditions in most of the Eastern Caribbean.

The warmest days were January 4 and 22 with an average temperature of 27.2°C/81°F.
The day with the most sunshine hours was January 31 (10 hours, 48 minutes).
The least sunshiny day was January 5 with three hours and 36 minutes of sunshine.
The windiest day was January 28 with a daily average wind speed of 19 knots/22 miles per hour.

Skies throughout the month were partly cloudy to cloudy.
Rainfall for January was within the normal range (60-85mm). A total of 70.2mm/2.8 inches was recorded in 17 rain days.

There were no heavy rainfall days this January. Most of the rainfall in January was as a result of the presence of old frontal boundaries and low-level cloud patches drifting with the trade winds. There were also days (January 11, 16 and 29) when visibility was reduced as a result of Saharan dust across the region.