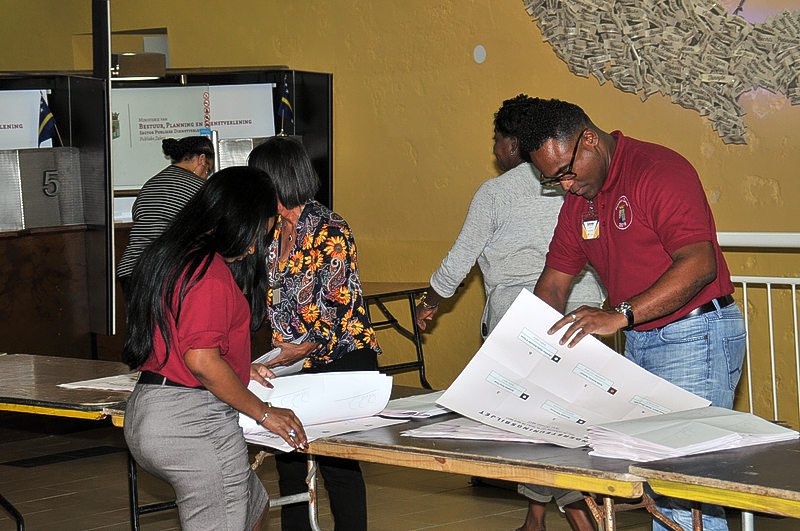 MARIGOT–The first round of the 2017 Territorial Council Election on Sunday was remembered as much for the dominance of Team Gibbs as it was for the alarming number of abstentions said to be a record in St. Martin with 57.32 per cent of the electorate abstaining.

With a participation rate of only 42.73 per cent in the first round Chamber of Commerce President Jean Arnell said the situation was “worrisome.”

“You would expect something like this for a national election but this is a local election and there should be more enthusiasm,” commented Arnell. “And more than 2,000 more people were added to the electoral list. Either the population is rejecting it because of the confusion of having eight lists or not enough groundwork has been done by the candidates to bring people out to vote.

It sends a bad message about how St. Martiners feel about our leaders today. They have a lot of work to do to build enthusiasm.”

Arnell disclosed the business community was very concerned 10 days before the election that there was little or no information from the candidates, except for one or two, about their economic agenda for the country.

“What we did was spend a whole week with all the candidates to understand what their strategies are for economic development on the French side.”

The official results issued by the Prefecture indicated there were 20,260 registered voters. 8,658 votes were cast, 195 ballots were invalid, 151 were blank and total votes expressed were 8,312.

The election goes into the second round on Sunday, March 26, with Team Gibbs, MJP, and MVP in contention.