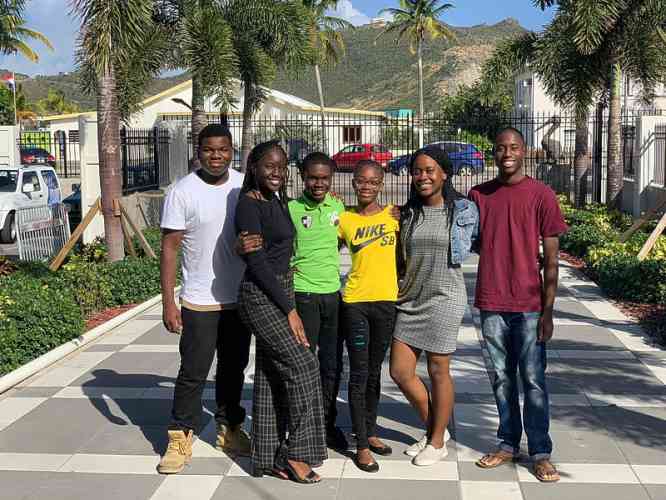 The team of debaters.

PHILIPSBURG–St. Maarten students are hoping to capture the top spot at the

47th Leeward Island Debating Competition (LIDC) 2019, which is being held in Antigua from February 28 to March 4.

They will compete with teams from Anguilla, St. Kitts, Nevis, Montserrat and Antigua.

Moots for the competition include “Emphasis on environmental conservation retards the capacity of developing nations to compete in the global economy”; “ Regional integration in the Caribbean is more of a theoretical concept than a political reality”; “Dependence on tourism is stymieing the economic development of the Caribbean region”; “The lack of trust in our own people is the main reason why the majority of CARICOM states are yet to adopt the Caribbean Court of Justice as their final court of appeal”; and “Caribbean countries have not done enough to afford the LGBTQ [lesbian, gay, bisexual, transsexual, queer – Ed.] community the same legal rights and protections as other citizens.”

The students are competing under the umbrella of the Hyacinth Richardson Educational Awareness Foundation. The Foundation in collaboration with secondary schools in the country has been involved with the LIDC since 2005 as competitors. Local students have won many prizes over the years.