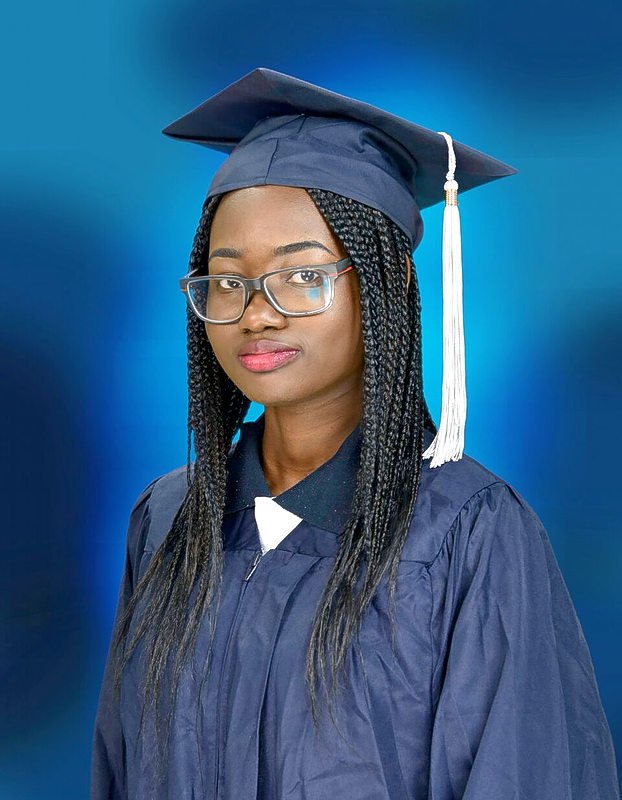 CUL DE SAC–St. Maarten Academy has recorded 92 per cent college passes and 100 per cent school passes at this year’s Caribbean Secondary Education Certificate (CSEC) examinations, which were taken in May and June.

The school’s Department of English shone with 44 grade I and 33 grade II passes out of 101 candidates who wrote the subject. This reflected 76 per cent of candidates. As it relates to college passes (grades I – III), the department secured a 92-per cent pass rate. Noteworthy was the fact that of the 101 candidates who sat the English A examination, 15 of them were in the pre-examination class (Form 4) and 11 secured grade I passes. Three of those students ranked first to third on the merit list. Four copped grade II passes. These students now have the option of pursuing Communications Studies at Caribbean Advanced Proficiency Examination (CAPE), the initiative of an elated Head of English Department Doreen Edwards.

Students scoring grades I to III in five subjects are deemed to have met the matriculation requirements for most colleges and universities in the Caribbean and further afield. Grade I at the regional CXC examination is the highest accolade. Academy said in a press release that the majority of its students scored grades I to III, with several outstanding performances. Among those whose performance was noteworthy were Qiwen Chen, Jesus Bejarano-Ortiz, Suze Cobyte, Jacinth Hunkins, Colleen Pascal, Joshua George, Seline Ricketts, Zulma Vlaun, Mabel Vilorio, and Vincia Nelson.

Chen, who wrote 11 CSEC subjects and Dutch at Cambridge, secured eight grade I passes in Economics, Human and Social Biology, Information Technology, Integrated Science, Mathematics, Principles of Accounts, Principles of Business and Social Studies. She copped Grade II passes in Additional Mathematics, English A, and Spanish. At Cambridge, she was the only student to receive an A, Academy said in a press release.

Bejarano-Ortiz, achieved high accolades in 11 subjects, 7 of which were grade I passes. These include Spanish, Human and Social Biology, Information Technology, Integrated Science, Mathematics, Principles and Accounts, and Principles of Business. He copped Grade II passes in Additional Mathematics, Caribbean History, Economics, and English A; and a D in Dutch.

Vilorio-Perez, who sat a total of nine subjects, secured eight grade I passes in Spanish, Caribbean History, English A, Human and Social Biology, Information Technology, Mathematics, Principles of Accounts and Principles of Business; and a Grade II pass in Integrated Science. She received a B in Dutch.

Of the 11 subjects Hunkins wrote, she secured grade I passes in eight (English A, Human and Social Biology, Information Technology, Mathematics, Music, Physics, Social Studies, and Spanish), grade II in Chemistry, and grade III passes in Biology and English B. She also received a B in Dutch.

Hunkins, among the second batch of CSEC Music candidates for the island, ranked number one of the four students who sat the subject at St. Maarten Academy. She, together with her sister Jerone and fellow student Aimee Monchery all secured straight A profiles (outstanding) for their grade I passes in Music. The fourth student Vincia Nelson secured a grade II pass in the subject. For the second time in as many years, the school secured the services of one of the region’s “best” Music teachers Daphne Jacobs-Richardson from Anguilla, to prepare the candidates. She travelled from Anguilla each Friday and spent the weekend working with the Academy candidates, as well as one student from St. Dominic High. Her time spent with former Academy student Jabari York, the first-ever CSEC Music candidate on the island, propelled him to the number four spot in the subject among the region’s scholars two years ago.

Pascal sat 10 subjects and secured seven grade I passes in English A, Human and Social Biology, Information Technology, Integrated Science, Mathematics, Principles of Accounts, and Principles of Business. Her grade II passes were English B, Social Studies, and Spanish. She received a B in Dutch.

Of the 10 subjects Vlaun sat, she secured six grade I passes in Economics, Human and Social Biology, Information Technology, Mathematics, Principles of Business and Spanish. Her grade II passes were in Caribbean History, English A, Integrated Science, and Principles of Accounts. She too got a B for Dutch.

Also copping six grade I passes out of his 10 subjects was George. He secured the top honours in Additional Mathematics, English A, Human and Social Biology, Information Technology, Mathematics, and Physics. His grade II passes were Biology, Chemistry, Social Studies, and Spanish, while he received a C in Dutch.

Ricketts, who wrote nine subjects, secured grade I passes in six (Chemistry, English A, Human and Social Biology, Information Technology, Mathematics, and Physics), and grade II passes in Biology, Social Studies, and Spanish. She received a D in Dutch.
Nelson, the only student who wrote 12 subjects at CSEC this year, secured three grade I passes (English A, English B, and Principles of Business), eight grade II passes (Caribbean History, Economics, Human and Social Biology, Information Technology, Integrated Science, Mathematics, Music, and Principles of Accounts), and grade III in French and B in Dutch.
Academy Principal Tallulah Baly-Vanterpool presented the results to staff on August 24, and congratulated several departments for a job well done.

The Board of the Foundation for Academic and Vocational Education (FAVE), under which the school falls, congratulated all students, their parents and teachers for exemplifying the motto of the school “Caring, learning, achieving and excelling.”