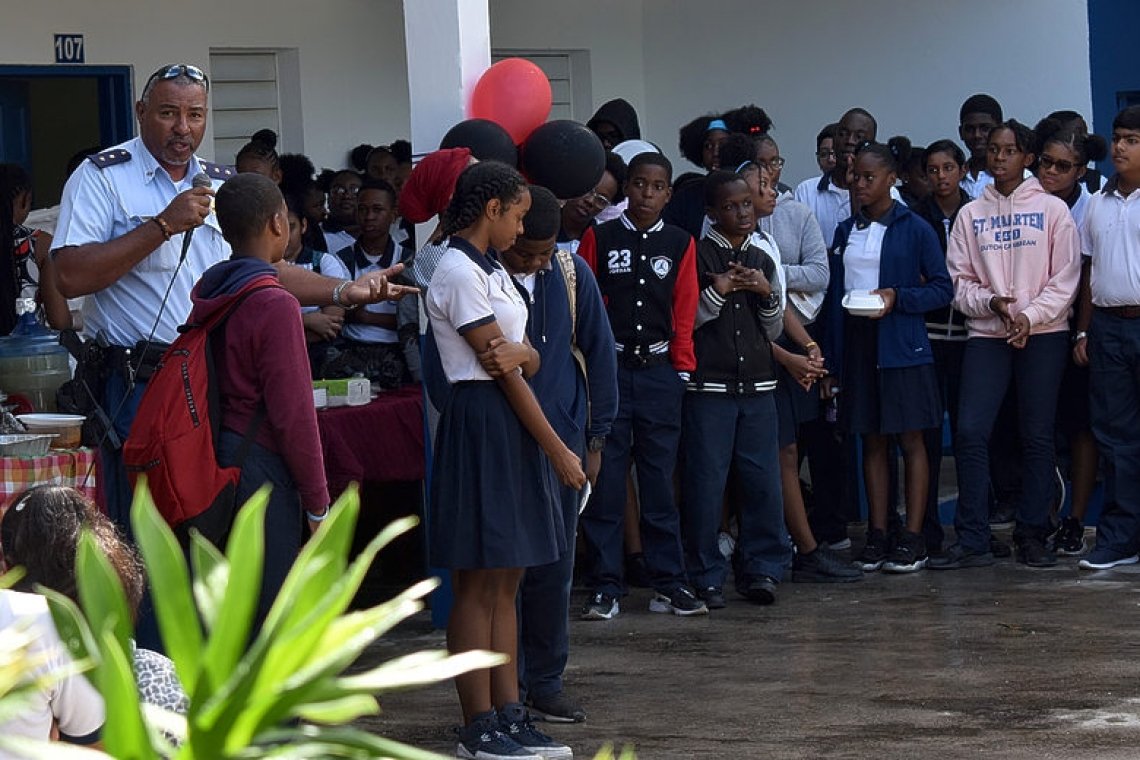 Inspector Richards and students demonstrating the dangers of the game.

“To date, several children have died or received serious injuries after falling victim to this dangerous challenge that has taken the Internet by storm. Reports indicate that this challenge consists of three people standing in a row, with the people on the left and right sides kicking in the feet of the middle person who then falls to the ground, slamming his or her head with much force,” said Academy on Sunday.

Acting Principal Kim Lucas-Felix called a special assembly on Friday to address the issue, given the concerns raised by many about the dangers of the challenge.

Dr. Mercelina cautioned the students during the special assembly that this challenge can result in serious trauma to the head, neck and back areas, which can leave a student with skull and neck fractures, brain bleeding, loss of consciousness, brain injuries, paralysis and other long-term complications – even death.

“Inspector Richards expounded on the legal implications for persons engaging in this game, especially if premeditation can be proven. He used three students to demonstrate how the challenge can pose a danger to persons. Students were also warned that parents can be held liable for injuries sustained by another,” said Academy.

Academy said students had been urged to make smart decisions and not to follow Internet hype.

School management thanked the Police Force and Dr. Mercelina for being proactive in their efforts to prevent St. Maarten’s youth from engaging in this challenge and being seriously injured or worse in the process.