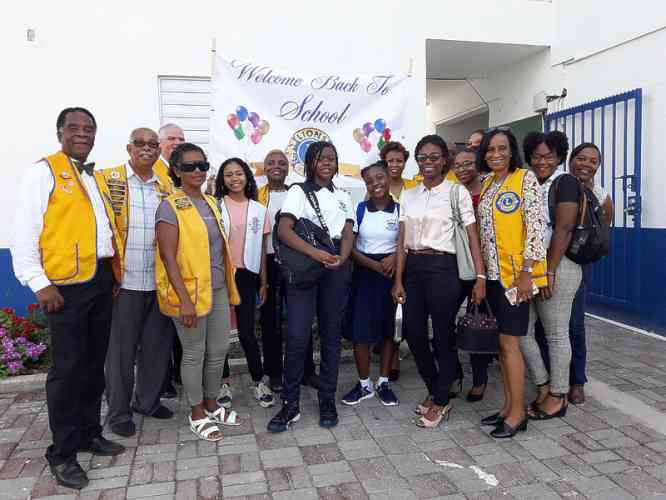 Representatives of the Lion’s Club welcoming Academy students back to their original campus on Monday.

It was a joyful day at the school as teachers and students occupied classes in their own school during regular school hours.

Representatives of St. Maarten Lions Club were at the entrance of the school early in the morning to welcome and greet students. The Club also donated pencil cases to all first formers. Another donor provided all first formers, Caribbean Advanced Proficiency Exam (CAPE) students, as well as new students at all levels, with water bottles.

This was the first time since school reopened for the new academic year on August 12, that all students and teachers are in school under one roof. Only fifth formers started school on August 12, at the PSVE campus, while some fourth form teachers held School Based Assessment (SBA) classes with their students at the Academic campus, so that students would not lag behind.

While the situation is not ideal, as part of the school is still under construction, students and teachers were ecstatic to be back at their original location.

The section of the school that is currently being occupied, was refurbished with the US $120,000 insurance funds that was released in May of this year. The school’s language building was repaired with a donation received from the Lion’s Club.

The section of the school that had been demolished and is being rebuilt from scratch is still under construction. This section, which is cordoned off for the safety of students and is not accessible, contains the school’s Science Lab, Math Department, English Department, Expressive Arts Department and administrative offices.

In an invited comment, Vice Principal Kim Lucas-Felix said management and teachers are grateful to PSVE for accommodating the school and for being gracious hosts for a year-and-a-half.

Since January 2018, Academy and its sister school PSVE were operating under a shift system at the PSVE campus in Ebenezer in order to facilitate the rebuilding of the Academic campus. This saw the displaced students having classes into the evening, which posed considerable stress on students, parents, and staffers.

In order to operate out of the PSVE campus in Ebenezer, both schools had to adjust their curriculum and schedules, with classes for PSVE starting at 7:30am and ending at 12:00noon, and Academic classes running from 12:30pm and dismissing most students at 6:30pm.

…DEPRESSION STRENGTHENS INTO TROPICAL STORM SAM, THE 18TH NAMEDSTORM OF THE SEASON… | THE DAILY HERALD 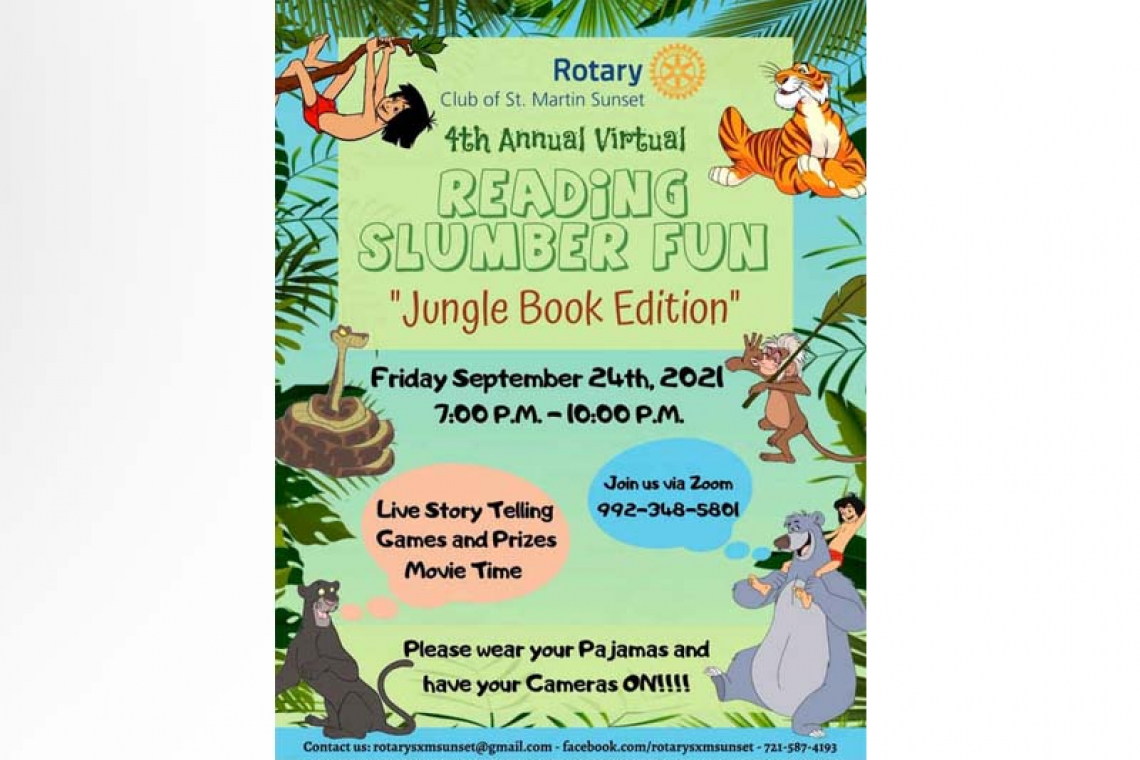