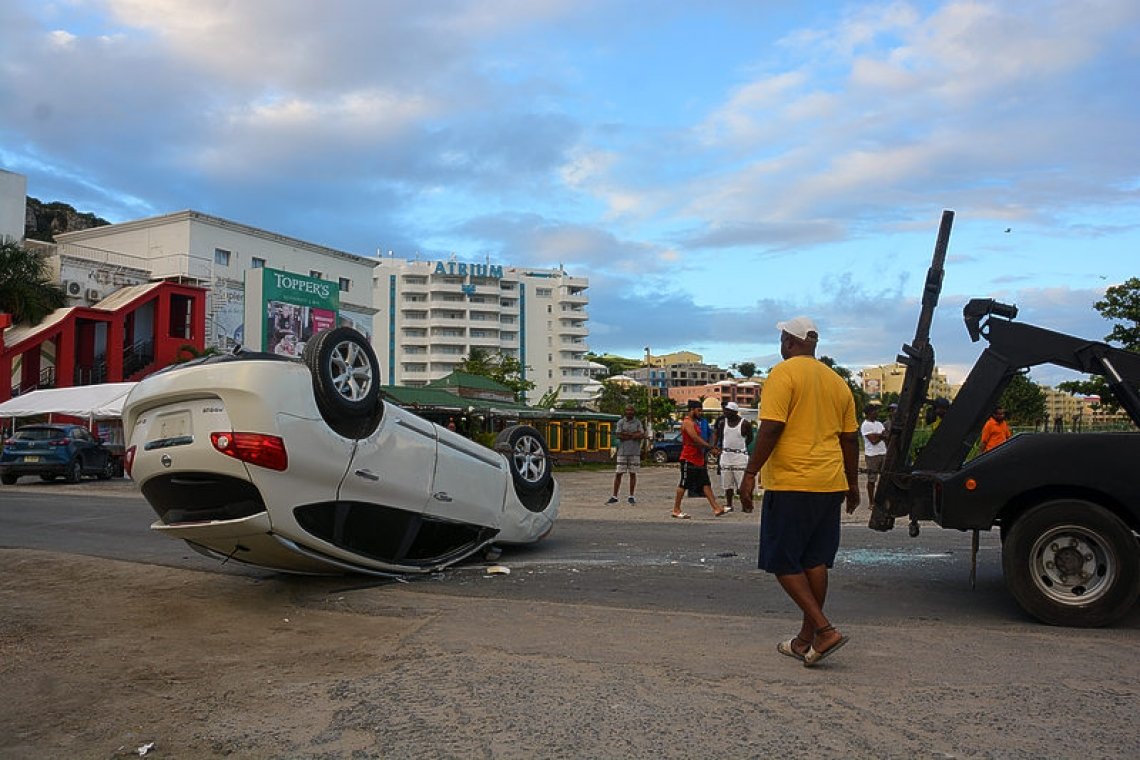 The scene of the accident on Saturday morning, where a car flipped over after hitting another car. Photo by John Halley.

SIMPSON BAY–The driver of a white Nissan Rogue had a scary experience this weekend, as the car flipped over and landed on its roof after hitting another car in the area of Lotus Night Club on Welfare Road around 5:30am Saturday.

According to information gathered by police, the driver of a vehicle with French-side licence plates was backing out of a parking space and did not notice the Nissan Rogue driving on Welfare Road toward the Simpson Bay bridge.

The Nissan Rogue then hit the other car, causing the Rogue to flip over and land on its roof.

Both drivers suffered only minor injuries in the accident and paramedics treated them at the scene.

“The Traffic Department is investigating this accident,” said police in a press release on Sunday. 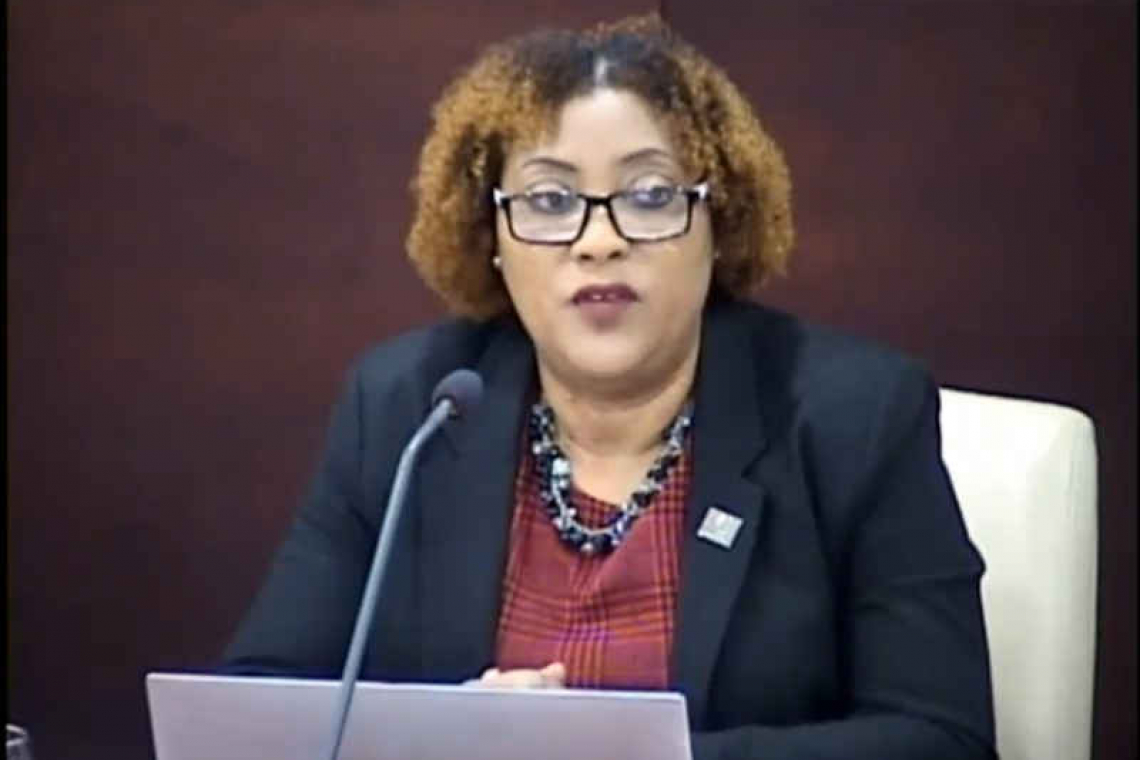