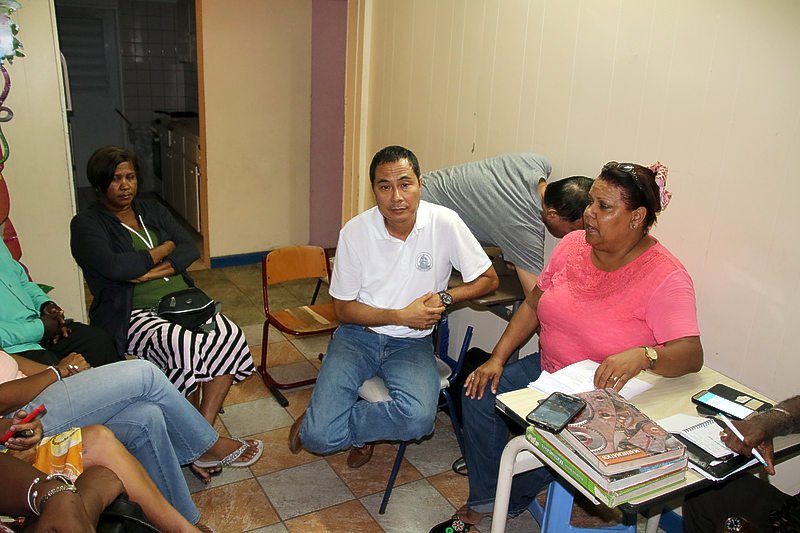 CUL DE SAC–Former volunteers who tirelessly worked to refurbish the All Children’s Education (ACE) Foundation school are not happy with Tzu Chi Foundation, which dragged the school through court to evict it this month.

ACE Director Claire Elshot and the volunteers said during a press conference on Friday that they had been deceived by Tzu Chi Foundation President Sandra Cheung, who they believe lied to them about having the school’s best interests at heart.
The Court of First Instance last month ordered ACE’s eviction from a building on Daisy Road in which it operates a primary school, due to a backlog in rent payments totalling US $19,352. 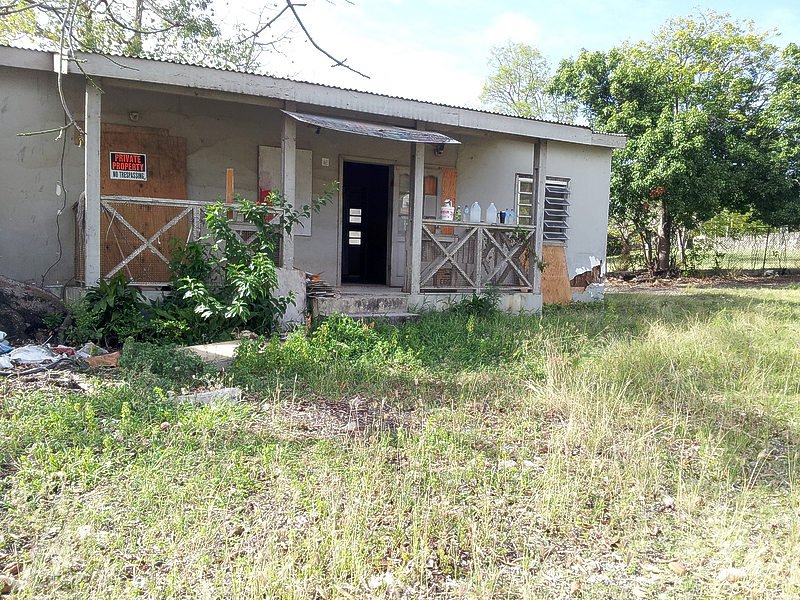 Tzu Chi Foundation wanted ACE to vacate the school building at the start of the new school year, but because no other building was readily available, the Court allowed ACE until October 3 to vacate the building in Dutch Cul de Sac.
However, Tzu Chi filed another case against ACE in the Court of First Instance on Friday morning. This has infuriated volunteers who worked hard with the help of many donors to get the school up and running.
History
ACE and Buddhist Compassion Relief Tzu Chi Foundation entered into a partnership in 2013 to offer children with different backgrounds the opportunity to begin primary classes at the school.
This seemed to be a match made in heaven. ACE needed a location to offer classes to challenged pupils while Tzu Chi Foundation provided relief and compassion at a new location opposite Cake House Supermarket on Daisy Road.
To ACE’s surprise, businesswoman Cheung agreed to monthly payments to cover the mortgage her Foundation had taken out to purchase the property. 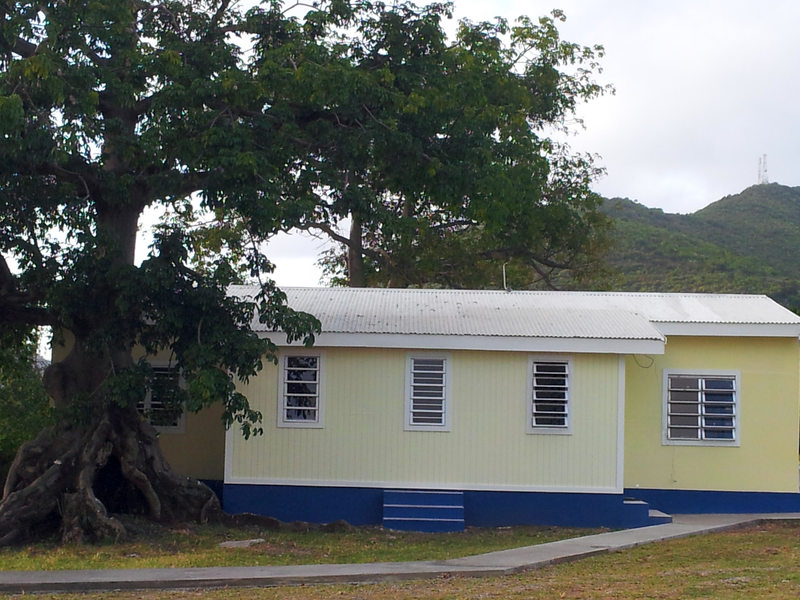 Volunteers spoke passionately about the state the building had been in when they spotted it and had eyes on renovating it. Volunteers, pupils, their parents, teachers and workmen who were paid by several companies worked on renovating the building every weekend for four months.
The property belonged to F.W. Vlaun and Son and one of the volunteers, who was an employee there at the time, negotiated the sale of the property to Tzu Chi for US $155,000. A realtor visited the school just a few weeks ago, took pictures of the building and informed them that the property was up for sale for $275,000.
The school had asked Cheung to purchase the property and she had given ACE Foundation the first option to buy for $225,000. To the volunteers’ dismay, total deception by Tzu Chi was involved.
“You are a compassionate organisation that believes in education and this is how you conduct business. Several times we requested to meet with the Foundation to work out the outstanding fees owed to them,” said one volunteer.
“This was done in collaboration with Tzu Chi. We were conned by them. We tried to do several fundraising events and they were all shut down by Sandra Cheung. She told us in our faces that she will be willing to work out our differences and weeks later, court summonses were sent to ACE Director Claire Elshot,” said another volunteer during a one-hour press conference Friday.
ACE was ordered to vacate the building and all persons and goods therein on October 3 at the latest and to hand over all keys to the owner. The Foundation also has to pay back the accumulation in rent payment, as well as the rent for September until the school building has been fully evacuated.
The two organisations have been cooperating for quite some time. Tzu Chi’s support of ACE began in 2006, with donations of rice and school supplies for pupils. This assistance continued when Tzu Chi collaborated with cultural foundations in the community and held a fundraiser to help ACE cover its rent.
Elshot was at a loss for words when explaining how the cooperation between the two organisations had ended up in court.
“We had a good working relationship; at least I thought so. I do the school because there is a need for it. We do not do it for financial gain,” she stated. “We tried our best to keep up with the payments, but the school is not subsidised. The monthly payments for enrolment are what pay some of the bills we have. At the same time, these are the real challenged children that we are dealing with.
“We just wanted to have this press conference to shed light on what the Foundation goes through and how we were deceived by this Foundation that tells everyone how nice they are, but look what they are doing to the school.”
ACE is now forced to look for another location to conduct classes. Elshot said she had contacted Minister of Education Silveria Jacobs for assistance, but no meeting date had yet been set by Jacobs.
The volunteers also said the school was made for the children and Tzu Chi should have been compassionate and should have tried to work out the grievances the two foundations had.
ACE Foundation is looking for assistance from the community to house its 53 pupils who should have started the school year already. Persons who wish to contact the school and offer a location can do so by calling 586-7651.