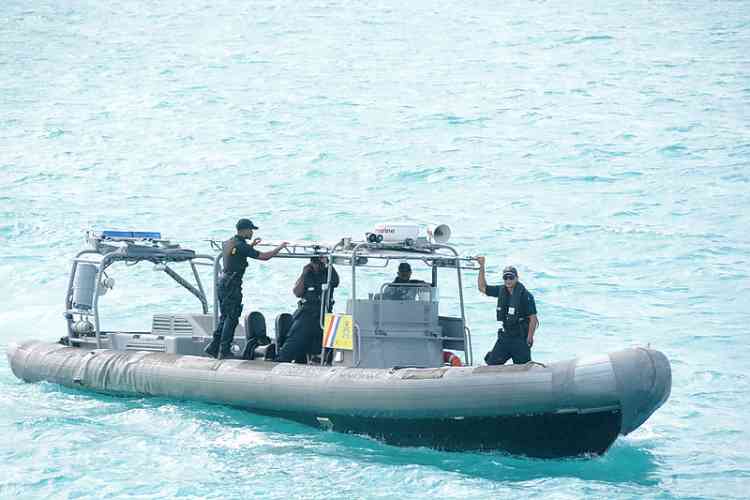 THE HAGUE/WILLEMSTAD–Dutch Defence is investing additional funds in its defence operations on the islands in the coming years, in particular the Dutch Caribbean Coast Guard.

A maximum of 120 million euros will be invested in the equipment of the Coast Guard, spread over 10 to 12 years – an average of 10 million euros per year. “It concerns material investments that are in the planning,” said Defence spokesperson Canan Babaygit.
In essence, investments will be made in the aircraft, boats and radar systems. An exception are the new Metal Shark speed boats because those have already been purchased and delivered. The investments fit in the plans to intensify the role of the Coast Guard.

The support ship HNLMS Pelikaan, the permanent vessel for the Dutch Caribbean stationed at the Royal Dutch Navy base in Curaçao, will be replaced in 2030. The Marines Squad in Aruba will remain permanently available, as will the Marine Brigade in St. Maarten.

Also part of the permanent capacity in the Dutch Caribbean are several smaller vessels and an ocean-going patrol vessel which is alternated every couple of months. Currently the HNLMS Holland is on its way to the Caribbean where it will be stationed for several months. On board are two fast boats and a helicopter. Defence assists the Coast Guard. The Royal Marechaussee is also stationed on various islands.

Defence stated in a recently released report that the fragile situation in Venezuela, the international drug-smuggling operations and natural disasters such as hurricanes remained safety risks in the Caribbean region.

$65 million ‘14’ towers in Mullet Bay aims to be emblem for St. Maarten | THE DAILY HERALD

October 27, 2021
0
The “Fourteen” towers in Mullet Bay.MULLET BAY--The approximately US $65 million 21-level high-rise towers coined “Fourteen” in Mullet Bay are shaping up to become emblems in the country and seem to represent continued investors’ interest in the economy.  Developer of...
Read more