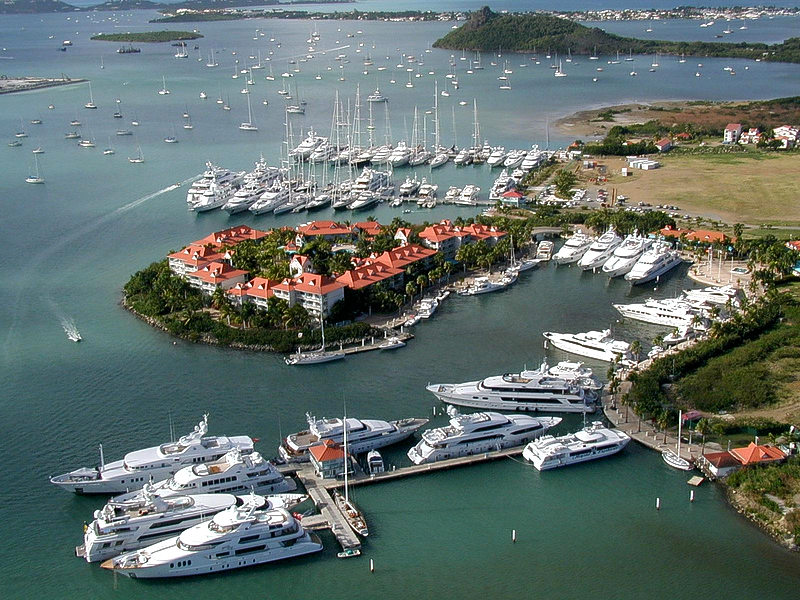 SIMPSON BAY–Adjustments will be made to the draft development (zoning) plan for Simpson Bay, which covers the area to the west of John Sainsbury Lejuez Bridge to Princess Juliana International Airport SXM and Simpson Bay Lagoon, Infrastructure Minister Angel Meyers announced on Tuesday.

The draft zoning plan is on public review until Friday, June 3, following an earlier public hearing. A total of 28 objection letters, so far, have been received about the draft plan. The objections mostly concerned Simpson Bay pier, airport expansion plans, marinas and, to a lesser extent, the proposed lagoon boardwalk.
Meyers, according to a Ministry press statement, has thoroughly reviewed the objections and has taken note of the advice of the Independent Committee of Experts on them. The Committee rendered their final advice to the Minister on January 5 with the conclusion that a majority of the objections were (partially) founded.
The Minister has decided to proceed with the finalisation of the plan to present to Parliament, while certain adjustments will be made to the draft zoning plan to address the concerns brought forward by residents.
Special attention will be given to the Simpson Bay pier. A mixed use commercial/residential/recreational development will be facilitated for this former BBW area. This will be done to maintain the primarily residential characteristics of the area and calls for a part of the pier to be used as a public recreational area. The contested development of a cruise pier will no longer be facilitated in terms of zoning.
The long term Airport Master Plan will be critically reassessed by the Ministry in collaboration with the airport authorities. The intention is that the zoning for land reclamation will be kept to a minimum, whereas only reclamation which is strictly needed to facilitate the long term expansion needs of the airport will be accommodated.
Part of the beautification and infrastructure improvement plans for Simpson Bay include the Lagoon side Boardwalk. The proposal for the Simpson Bay lagoon boardwalk will be improved upon based on new insights, some derived from residents and businesses in the Simpson Bay community during prior Town Hall meetings. New conditions will include that no additional filling of the lagoon will be required and that all existing water rights be respected.
Wastewater treatment plant: A wastewater treatment plant for the Simpson Bay and Cole Bay areas is an absolute necessity to prevent sewage from entering the Simpson Bay Lagoon. The eventual location of the wastewater treatment plant will be incorporated in the respective zoning plan, pending the outcomes of stakeholder consultations and the ongoing assessments from the technical teams from both sides of the islands.
Concerning the zoning for marina related expansion in the Simpson Bay lagoon, there will be no significant revisions compared to the first draft placed on public review. The primary objective of the marina zoning designation is to regulate and prevent unbridled growth of all future and current marinas. Minister Meyers explains that areas that currently grant additional marina development are limited and based on existing plans or commitments.
Additional consultations may be planned by the Ministry’s Zoning Team to prepare the adjustments, which will be presented to the stakeholders of the Simpson Bay community to clarify how the objections have been addressed. This will be done as an extra measure, prior to the continuation of formal legislative procedures to establish the draft zoning plan.
Although this approach will further prolong the already lengthy procedure, Meyers said he considers it most important that the draft zoning plan will have the greatest possible support from stakeholders and the community.

Source: Daily Herald
Adjustments to be made to Simpson Bay zoning plan