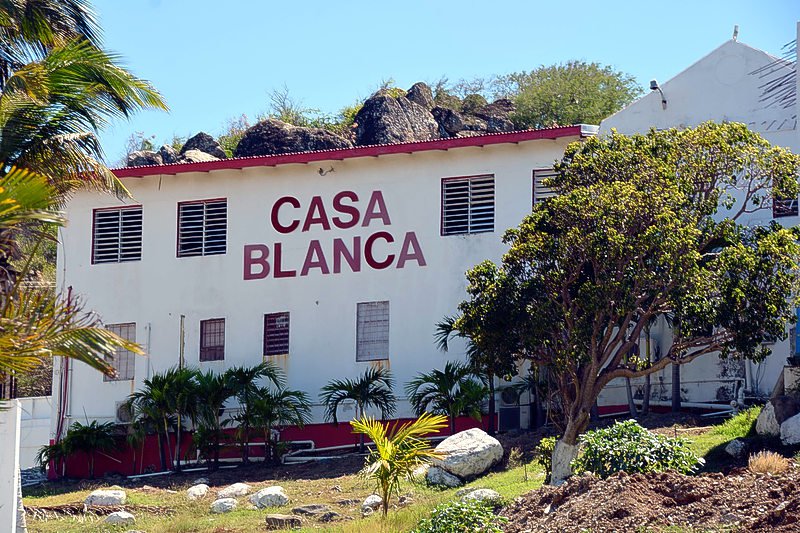 ~ Govt. given deadline to retract requirement ~

PHILIPSBURG–Attorney Jairo Bloem has written to Government about the concerns of adult club owners regarding a new requirement for adult entertainment workers, which he said had caught clubs by surprise.

Bloem also has given government a short deadline to refrain from imposing the new requirement or the clubs will take legal action.

In a letter addressed to Prime Minister William Marlin and copied to the other Ministers, Bloem said the Immigration Department had informed clubs earlier this week, when they went to pick up landing permits for their workers, of a new additional requirement for the granting of residency permits for the workers. The Department is now requesting a CRIB number from the Tax Department of St. Maarten for all adult entertainment service providers.

The Immigration Department is also asking that the CRIB number be provided before an adult entertainment service provider arrives in St. Maarten.

Bloem said in his letter that this new requirement constitutes “another severe violation of the law.” Some clubs still went to apply for the CRIB numbers and were told that the applications for the CRIB numbers have to be filed by the entertainment service providers themselves. This, Bloem contends, presents another hurdle and obstacle for the granting of the residency permits.

“After procuring the requested power of attorney, the Tax Department decided that the power of attorney must be notarised or legalised in the country of residence of the adult entertainment worker; otherwise, it would not be accepted,” Bloem said in his letter. “Needless to say that the St. Maarten Government is continuously moving the goalpost [since – Ed.] December 2015 up until now, thereby putting up various impediments or barriers for the continued operation of clients’ businesses.

“The new requirements by Government with regard to CRIB numbers for the adult entertainment service providers obtained before their arrival on the island by means of notarised power of attorney issued in their country of their residence is against the law because the national ordinance on [admittance – Ed.] and expulsion of persons does not contain this requirement. Consequently, this requirement does not stem from this ordinance and lacks judicial basis.”

Bloem said also that the Justice Minister’s guidelines on the national ordinance on admittance and expulsion also did not contain this requirement and it therefore lacks judicial basis. It also does not form part of any published, unpublished or announced policy by Government. According to Bloem it also violates the principle that Government must always act diligently, especially when taking decisions.

“Both formal and material principles of diligence are violated, because Government in taking the decision did not properly weigh the interest of clients and the negative and disastrous consequences of imposing the requirement in question. The formal principal of diligence is already violated because of the manner in which the requirement is imposed,” he said.

He also argued that this requirement was not imposed on other persons for whom Government grants work permits. “The adult entertainment service providers are consequently being unjustly targeted” and are selectively discriminated against. The clubs are “completely baffled” at a continued complete disregard by Government for the adult clubs business and continued impeding of their functioning without justifiable cause.

The clubs requested that Bloem file a complaint against the Finance and Justice Ministers at the Ombudsman and seek injunctive relief unless Government had confirmed in writing by 5:00pm yesterday, Thursday, September 22, that it would refrain from imposing this requirement of a CRIB number for the adult entertainment service providers.

Bloem’s letter to Government is also dated September 22. It could not be ascertained whether Government had complied by the deadline. Bloem said failure to comply with this request promptly would result in legal measures being taken against Government and/or the responsible Ministers. Bloem said also that the damages incurred by the clubs would be for the account of Government.
Source: Daily Herald
Adult clubs surprised by new requirement for sex workers ~ Govt. given deadline to retract requirement ~ PHILIPSBURG–Attorney Jairo Bloem has written to Government about the concerns of adult club owners regarding a new requirement for adult entertai