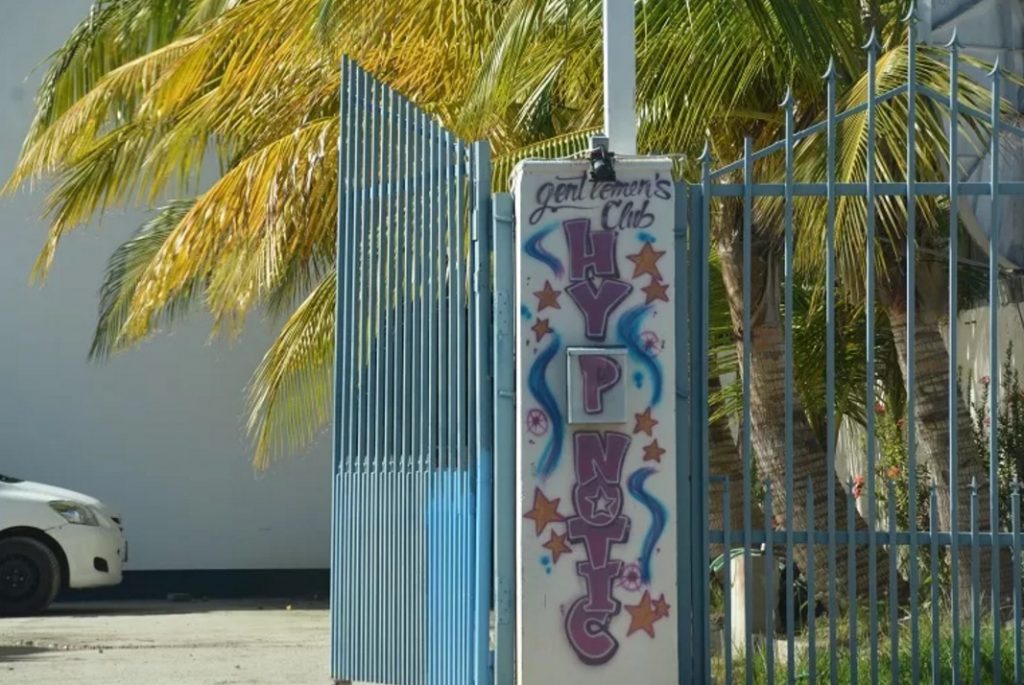 PHILIPSBURG–Adult Entertainment Club Foundation laments the raid conducted at Hypnotic Club on Monday and the detention of the manager at that club for alleged violation of the National Ordinance on Expulsion and Entrance and so-called human smuggling, stated nine of the eleven adult entertainment clubs represented by Attorney Jairo Bloem in a joint press statement.

The club owners believe that Government grossly violated its obligations and acted in a tortuous, reckless and negligent manner towards the adult entertainment clubs by suddenly and without any previous announcement stopping processing of applications for adult entertainment persons in December 2015.

It is obvious that the Prosecutor’s Office had created or been instrumental in the creation of the illegal situation whereby the clubs do not obtain any permits to operate, and is now going after the same clubs for operating without permits for adult entertainment, the Foundation said in the release. This is ironic, to say the least, it said, and moreover creates an imbalance in the separation of legislative, executive and magisterial powers.
The Foundation seriously questioned why the Prosecutor’s Office was not conducting raids in the adult entertainment clubs operating illegally, meaning without any licence and without being tolerated by Government, where persons blatantly render services without any medical or other screening.

These venues are well known, according to the Foundation. It plans to reach out to Government again to come to an overall out-of-court settlement once and for all, and stop the illegal and selective targeting of the entertainment clubs.

Ultimately, the Court of First Instance ordered Government to continue processing the applications for permits for the adult entertainment persons within three weeks. Despite this clear-cut court order issued by the Court of First Instance in May 2016, Government only resumed accepting applications for permits for adult entertainment persons in September 2016.

“Whilst the Labour Department started to do so in August 2016, the Immigration Department refused to accept applications for residency permits, as a consequence of which the procedure for application for the requisite permits for the adult entertainment persons could not be concluded. The actions by Government, or for a better word the lack thereof, do not only constitute a severe disregard of the court order, but also once again show a total indifference and discriminating attitude towards the Adult Entertainment Club Owners,” the release stated.

No business depends on Government issuing permits can survive after Government stops doing so for almost an entire year. It was thus either reopening with walk-in adult entertainment persons or firing in excess of 150 employees in the entire branch, the release stated.

By reopening with the walk-in adult entertainment persons, the clubs in question mitigated their damages for which the Government is ultimately responsible. As a general rule by law, governments cannot profit from their own illegal and/or tortuous actions.
“It is established that the Government, by closing down the adult entertainment industry on the island, one of the core economical pillars for our touristic given economy, committed a tortuous act.

“It’s an established fact that Government thereby blindly followed the advice from the Prosecutor’s Office, stating in short that the operation in the entire industry was illegal because no adult entertainment persons can be brought in from abroad to work on the island. Remarkably, this is same premise which the Prosecutor’s Office subsequently uses to persecute persons at its will,” according to the club owners.

In the opinion of the Supreme Court, bringing in adult entertainment workers from abroad to render services does not constitute by itself human smuggling and/or human trade. It would have subsequently honoured the government to acknowledge that its departure position was wrong and to post-haste take the necessary actions to process the permits for the adult entertainment persons. This was regrettably not the case, stated the press release.

Adult entertainment work permits are presently being processed as per the same or largely the same policy that applied before December 2015.

“We are back at square one. The actions by the Prosecutor’s Office to now suddenly raid an adult entertainment club insufficiently attests to an understanding of its own responsibility/liability for causing the existing problems and the precarious position that it put an important pillar of our economical industry in, not counting the approximately 150 working persons.

“In St. Maarten English they have a saying: ‘One cannot be wrong and strong at the same time.’ Justice should not only be done, but should manifestly and undoubtedly be seen to be done. Going after legally established adult entertainment clubs under given circumstances is simply put not justified, reasonable or equitable,” the statement concluded.