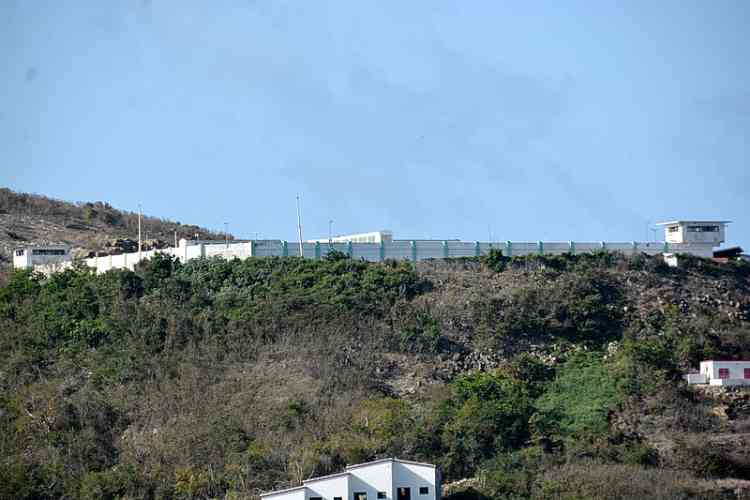 THE HAGUE–Dutch civil servants have advised their government to hold off on sending back the fifteen St. Maarten inmates housed in prisons in the Netherlands after Hurricane Irma because there is a real risk of human rights violations as long as the circumstances at the Pointe Blanche penitentiary have not drastically improved.

Sending back this group of prisoners is not without possible consequences or admonishment by human rights authorities, stated the civil servants of the Ministry of Justice and Security in an advice document to Minister of Legal Protection Sander Dekker and State Secretary of Home Affairs and Kingdom Relations Raymond Knops. The document was obtained by several Dutch media outlets as well as The Daily Herald.

According to the civil servants, sending back the inmates is “legally not unchallenged” and therefore presents a “political risk.”

“With an unchanged situation at the Pointe Blanche prison there is a real risk of violation of fundamental legal rights for which you can be held accountable [politically – Ed.],” it was stated in the advice.

The advice is dated January 21, 2019, and was drafted in anticipation of decision-taking by Dekker and Knops late January after a meeting with St. Maarten Justice Minister Cornelius de Weever on January 29 about the inmates’ return.

The term to temporarily house the St. Maarten inmates abroad lapsed on February 1, 2019. Currently, 15 inmates from St. Maarten are in the Netherlands and 11 in Curaçao. A number of inmates have already returned to St. Maarten.

Close to 60 St. Maarten inmates were transferred to Curaçao (28) and the Netherlands (31) early November 2017 because of the extensive damage the hurricane had caused to the prison.

Considering the “precarious detention circumstances,” Dekker and Knops were advised to keep pressure on the St. Maarten government to reconstruct the prison and to make sufficient funding available for investments, including personnel. The civil servants concluded that structural improvement would not be achieved if there was insufficient investment in the personnel capacity.

It was concluded in the advice that St. Maarten has made slow progress on the measures aimed at improving the prison facility and that in any case the prison would not be ready to receive the inmates back on February 1. A simultaneous return of the inmates from Curaçao and the Netherlands would result in safety risks for both the inmates and personnel.

Minister De Weever has taken several actions in the meantime to improve the situation at the prison. The roof and the walls have been repaired.

The publication of the advice of the justice civil servants comes at a time when the Human Rights Council of the Netherlands has officially asked the Council of Europe, in which the different European countries cooperate to secure democracy and human rights, to exercise “intensive supervision” on the human rights at the Pointe Blanche prison.

The Dutch NRC newspaper in a lengthy article on Friday described the state of the Pointe Blanche prison as terrible, with poor facilities, overcrowded cells, lack of daily activities for inmates and a severe shortage of personnel. Many guards do not come to work. The prison is deemed unsafe for both personnel and inmates.

In a recent report, the Council for Law Enforcement concluded that the Pointe Blanche prison “in its current state is totally unsuitable, both in terms of human detention and as a work place.”

The St. Maarten Progress Committee, which supervises the execution of the Plan of Approach for the prison, has arrived at similar conclusions and has been urging the St. Maarten government for years to make substantial investments in the prison.

The European Human Rights Court ordered the Dutch State in October last year to pay St. Maarten/Italian businessman Francesco Corallo a 5,000-euro fine for being locked up under inhumane circumstances in a crowded, dirty cell at the Philipsburg police station.

The Netherlands Human Rights Council sees a structural problem with the detention facilities in St. Maarten. That is why the Council has turned to the Council of Europe “to give off a signal” and to force quick action to improve the circumstances for detainees on the island.