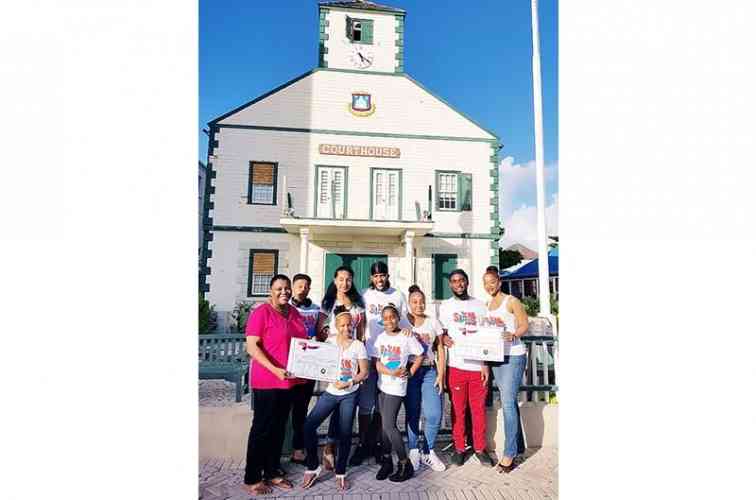 The goal of the campaign, to give part of the proceeds to a damaged school, was attained and the school to receive part of the proceeds was Sister Marie Laurence School. Initially the idea was to assist damaged schools, but in keeping in line with school assistance, the team of Affirmative Apparel and SMPYA Foundation decided to also assist young Jabari York with a contribution to assist him with his studies at Berklee College of Music.

The mission of the organisation to instil positive attitudes and philanthropy throughout the world with its positive Ts was accomplished with this first project, said Affirmative Apparel President Angelique Romou on Sunday.

All of the talented youngsters who were chosen to be the faces of Affirmative Apparel’s positive SXM Strong Ts were present to hand over the cheques to the Sister Marie Laurence School Principal recently and to Jabari York, who was also a face of this project.

Romou said working on this project was a very humbling experience because, it showed that St. Maarten’s youth are very kind-hearted and are willing to give back to their community, and this project gave them the opportunity to give back in a very significant manner.

On behalf of both entities, Romou thanked every single person who purchased a T-shirt, as the contributions are now assisting the school with repairs and York with his studies.