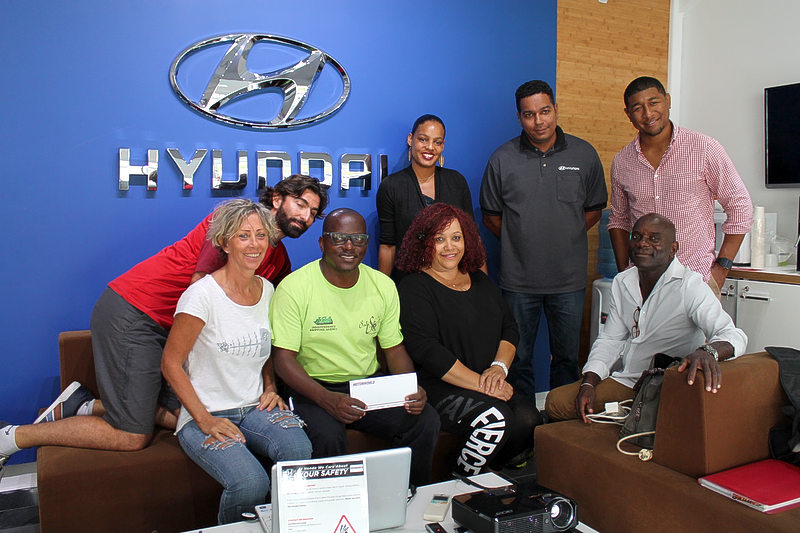 MARIGOT–Following a two year absence, the ninth edition of the Afro Latin Move dance festival will take place from June 29 to July 5, 2017, organisers announced at a press conference this week at sponsor Motorworld, Marigot.

Association Afro Latin Move was created in 2006 by its President Jean-Marc Negrit who was present with Treasurer Hélène Micot-Bride, Secretary Renata Pompière, board member Fernand Semedo and President of Latin Island Alain Pansiot-Villon who is also a Salsa instructor.

The Festival celebrates the dance styles of Salsa – Cuban and Puerto Rican Salsa – Bachata, Merengue, Kizomba, Samba, Cha Cha Cha, Tango and Gwoka, demonstrations of which are performed by some of the finest international exponents of dance.

Around 30 professional dancers have been invited from New York, Puerto Rico, the Dominican Republic, Guadeloupe and Cuba.

The Festival consists of a series of shows and workshops for the public over four days. The opening is on Thursday, June 29 at La Playa on Orient Beach with a presentation of the artists. On Friday there is a soiree at Princess Casino and on Saturday the Festival will be at Mercure Hotel all day with a dinner and show that night and on Sunday at Friars Bay in partnership with the restaurants where there will be a free show.

Two extra days have been added on; in St. Barths on Monday, July 3, and at the Soggy Dollar Bar, Simpson Bay, for the closing party on July 4.

“As a corporate sponsor, we like to give back to the community,” said Motorworld’s Lorenzo Gomez. “Anything that is socially conscious Motorworld will always be there to help.”

More information on ticket prices for individual events or full passes, as well as the full programme and times will be published shortly.