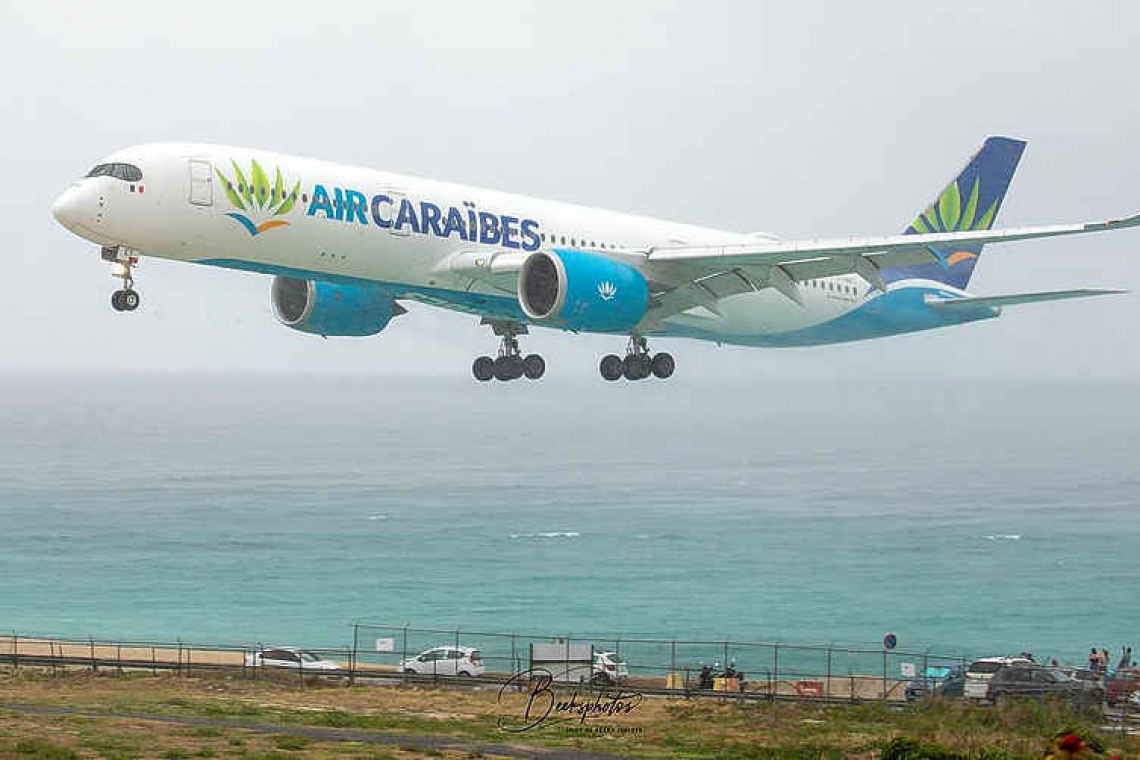 AIRPORT–Guadeloupe-based airline Air Caraïbes has returned to St. Maarten, with its first flight since last year landing at Princess Juliana International Airport (PJIA) around 1:25pm Wednesday. PJIA firefighters welcomed the Airbus A350-900 aircraft with a water salute to mark the occasion.

However, this flight carried only cargo, as the airline will resume a weekly passenger service to the country next Wednesday, April 28. The “welcome back” cargo flight departed PJIA at 4:43pm Wednesday, bound for Paris Orly Airport.

Air Caraïbes has announced that it will expand to two weekly flights as of June 18, which will operate on an Airbus A330-200.

Airlines are slowly returning to St. Maarten following the complete halt on international travel last year due to the COVID-19 pandemic.

Minister of Tourism, Economic Affairs, Transport and Telecommunication (TEATT) Ludmila de Weever said last week that her ministry is in talks with another undisclosed airline about starting passenger service to the country.

“Yes, there is an independent airline that we are [also – Ed.] looking at, travelling

from Miami or New York,” said De Weever. “We are still in talks with them. It is

a new company, that’s why I can’t say the name yet.”