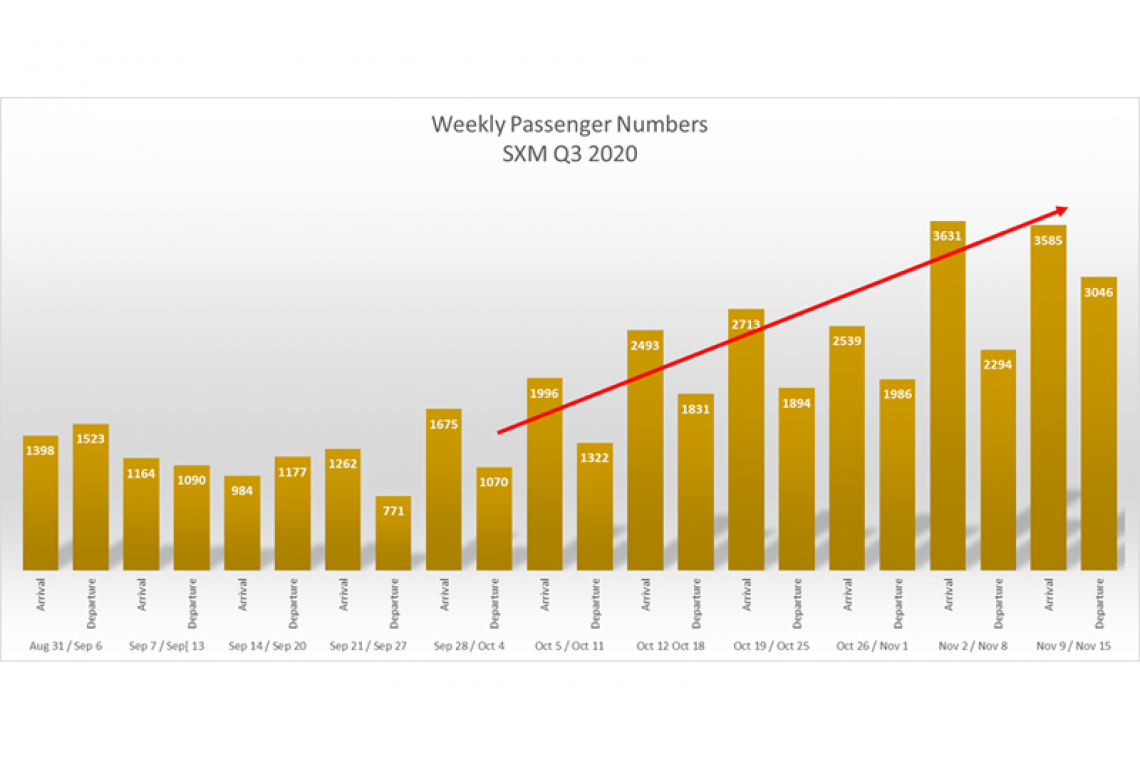 AIRPORT–Airport arrivals have been slowly but steadily increasing since Princess Juliana International Airport (PJIA) reopened its doors in July, which has given PJIA operating company PJIAE a dose of optimism for the upcoming tourist season.

According to figures released by PJIAE, some 23,440 passengers arrived at the airport from August 31 to November 15. There were 18,004 departing passengers in that same period.

PJIAE said August had only 12 per cent of passenger traffic compared to 2019, an almost tenfold drop. However, by October this had risen to 20 per cent.

Although acknowledging that these passenger numbers are “nowhere near the levels PJIAE needs for its business recovery”, the airport operating company characterises it as a “positive trend”.

“Most of the airlines have restarted their routes to St. Maarten and indicated that the demand for St. Maarten is high compared to other Caribbean destinations,” said PJIAE in a press release on Thursday. “PJIAE is ready for this season, to provide St. Maarten’s visitors a safe welcome, as well as departure.”

PJIAE said it is still aware of the fragile state global travel is still in, with lockdowns being implemented across Europe and a rapidly growing COVID-19 outbreak in the United States (US) – the country’s largest tourist market.

The airport went into a so-called “hibernation mode” in mid-March, largely shutting down operations in response to massively decreased air traffic as the COVID-19 pandemic set in.

Before the shutdown, the airport saw increases in its passenger numbers in January and February compared to 2019, of 108 per cent and 123 per cent respectively.