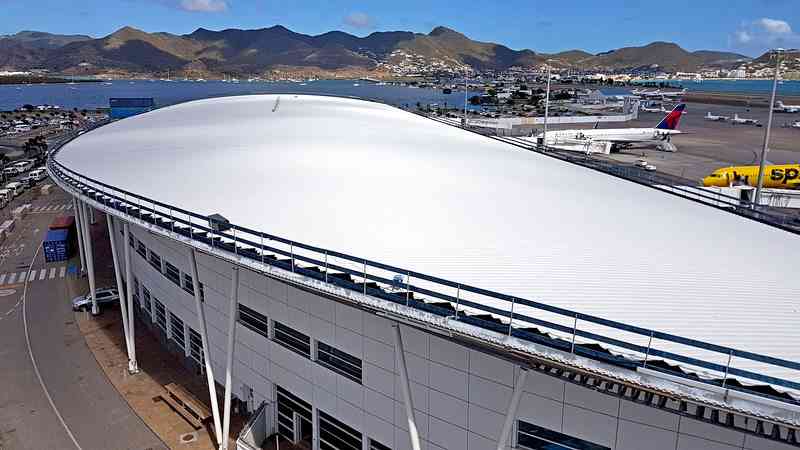 AIRPORT–Princess Juliana International Airport Operating Company PJIAE says it has reviewed the report of the Ombudsman’s systemic investigation into its procurement process and procurement management policy and found it to contain “incomplete and inaccurate statements.”

On those grounds the airport has extended an “open invitation” to the Ombudsman “for a constructive joint discussion on how to deal with these types of matters.” The airport said it hopes the Ombudsman “is now willing to accept this invitation and parties are able to resolve their differences, which ultimately serves all parties involved as well as the general public going forward.”

The systemic investigation originated from a complaint against the airport filed with the Ombudsman by a contractor in 2018. The complaint concerned the procurement of a contract. The complaining contractor had executed several contracts for the airport in the past. When the contract was tendered in accordance with the procurement policies and procedures – in which the complainant also participated – the contract was awarded to another party, said the airport.

The airport holds that did not act as an administrative authority or body in the procurement of the contract. For that reason, it concluded that the Ombudsman was not competent to investigate the complaint and it was not obligated to share its internal confidential documents.

The airport is a government-owned entity, but it does not fall under public procurement rules, the company maintained.

The airport said it is “fully committed to maintaining the highest possible standards in the procurement of its contracts and always strives to treat parties equally and fairly.”

The airport has informed the Ombudsman that despite the many other pressing post-Hurricane Irma matters it was (and still is) facing, it would spend its valuable time and resources on conducting a second internal investigation into the complaint. Following the completion of the second internal investigation, by different individuals than the first investigation, the airport again concluded that its procurement policies and procedures were properly followed and shared this conclusion with the Ombudsman.

The airport and the Ombudsman could not agree on whether the airport can be the subject of complaints the Ombudsman can investigate. When it became clear that the Ombudsman based its position on incorrect legal interpretations and assumptions, the airport invited the Ombudsman for a personal meeting with airport representatives, to further expound on the organisation, authorities and activities.

The Ombudsman refused to accept the invitation, according to the airport. “Instead, it took a one-sided and threatening approach in the matter: either PJIAE had to fully cooperate and share its internal documents, or else the Ombudsman would start a systemic investigation against the Government of St. Maarten into PJIAE’s procurement procedures,” stated the airport.

For reasons unknown to the airport the Ombudsman refused to accept this proposal. Instead, the Ombudsman concluded that the airport was not cooperating, therefore it closed the complaint procedure and side-lined the airport by pursuing this matter via a systemic investigation against the Government of St. Maarten, the government-owned company claimed.

The airport said it respects the office of the Ombudsman as a High Council of State, but it regrets the position and actions taken by the Ombudsman in this matter.

“The outcome of the complaint procedure and the inaccurate and incomplete report both fail to properly address the Ombudsman’s self-assumed authority. As a result, PJIAE and other government-owned entities and foundations over which the Ombudsman assumes authority are left with an undesirable situation where legal uncertainty continues to exist.

PJIAE reiterated that it is and remains fully committed to maintaining the highest standards in the procurement of its contracts, the compliance of which is also part of the annual review of its external independent auditor.