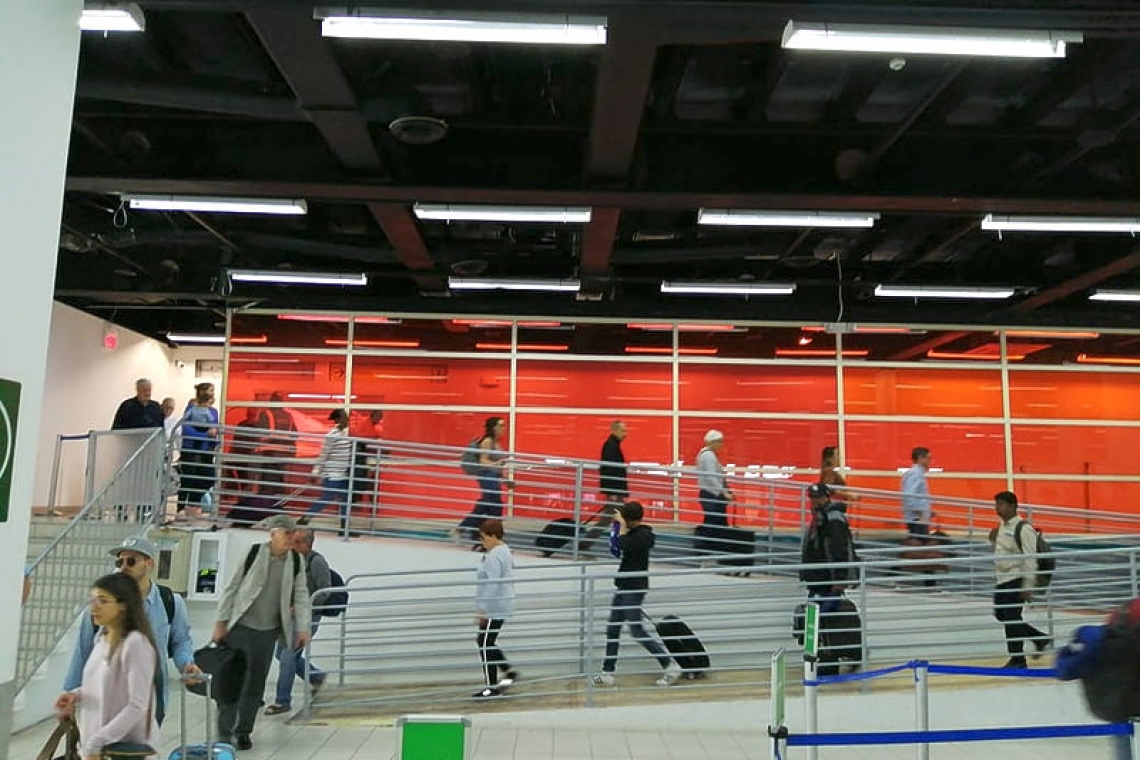 The transit corridor went into use on Saturday, January 18.

“The people have spoken, and we listened. No longer will arriving passengers have to [queue – Ed.] in long lines on the outskirts of the terminal building, as they gradually make their way to the Immigration booths as they depart their aircrafts. “The practice became a growing pattern since the airport’s operations returned to the terminal building post-Hurricane [Irma], with only 35 per cent of the damaged building in use,” said PJIA in its January newsletter.