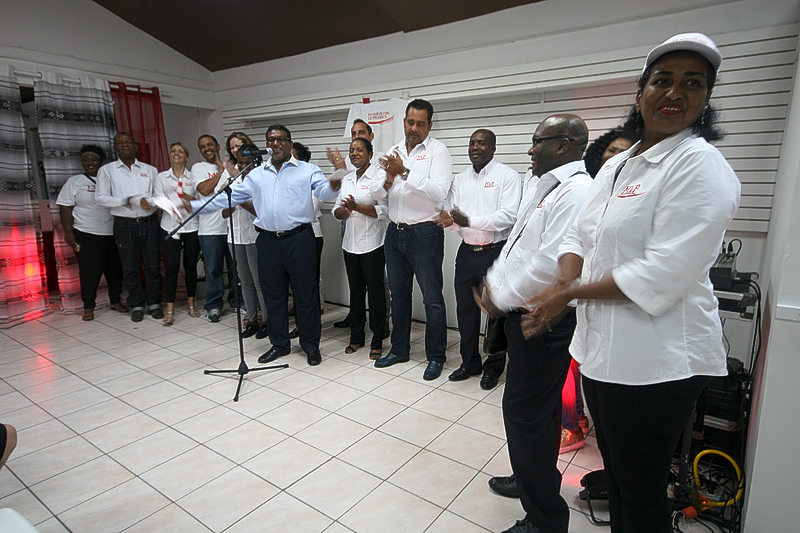 Alain Richardson talks at the inauguration of his campaign headquarters on Tuesday evening as fellow candidates look on.

MARIGOT–Former President of the Collectivité Alain Richardson inaugurated his campaign headquarters on Tuesday evening, and revealed the full list of candidates on the slate of “En Marche Vers Le Progrès” (Marching towards Progress).

Previously only a partial list was released. Interestingly, the headquarters at 1, Rue St. James is the same headquarters used for his Triple R party back in 2012.

This, and the significance of the white and red (for RRR) polo shirts indicate there is unfinished business to attend to, a reference to his disqualification as President by the State Council in 2012, by breaking campaign funding rules by opening a second account in US Dollars.

Despite being written off by many, Richardson said the strength for his comeback is owed to the loyal men and women on his list who believed in him and remained faithful.

“I am an accountant by profession and don’t necessarily have to have a career in politics, but we are driven by the desire to serve St. Martin and build a more harmonious society,” said Richardson. “The future of St. Martin depends on our ability to move forward together.”

Richardson said inclusion of younger candidates on the list was done on purpose so they can be trained to take over in the future.