Home Local News All for 1 Union and NuStar sign CLA 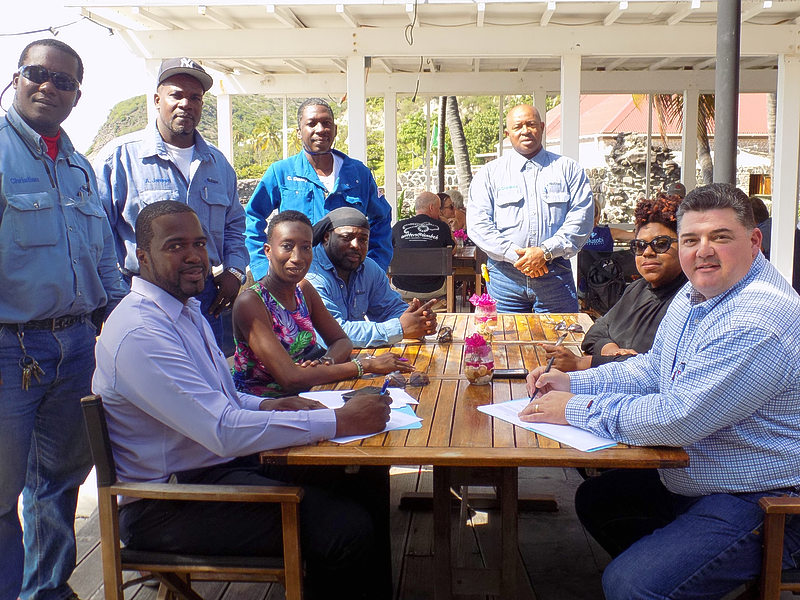 Signing of the new CLA.

The negotiations started in November 2015. The two negotiation teams comprised Cristie van de Sande, Charles Woodley and Averdine “Soshina” Stephen for All for 1 and John Roller, Beth Trexler, and Shermen Gibbs-Pompier for NuStar.

After the signing, one shop steward remarked to the NuStar Managing Director that it was a blessing that he had come to the island.

All for 1 Union is an all-St. Eustatius union established by Van de Sande, Woodley and Jacintha Brice on April 24, 2015, as many workers who were deeply dissatisfied with the representation by their then-union had approached them. All for 1 represents the employees of STUCO, EUTEL, NuStar, Coloured Fin and Walters/Insulterm in negotiations, and is in the process through referendum to represent the workers of two other companies.