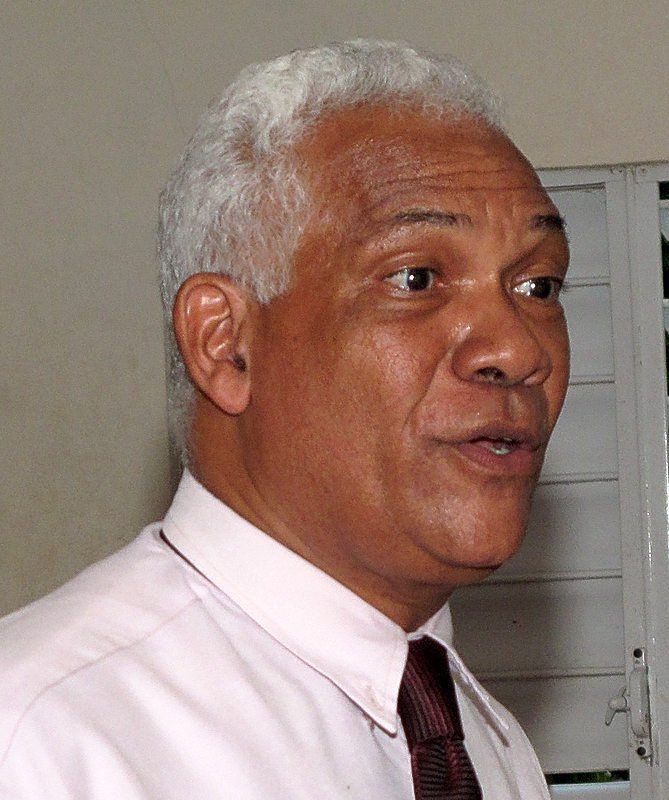 PHILIPSBURG–Representatives of the nine political parties contesting the September 26 parliamentary elections reached out to Anti-Poverty Platform representative Raymond Jessurun about his call for them to address poverty.

Jessurun challenged the 124 politicians contesting the upcoming parliamentary elections, last week Thursday, to sign a document with the group committing to address the poverty issues in St. Maarten, and to commit to raising the pension and the minimum wage to at least US $2,200 per month. Jessurun sent a draft declaration on the issue to all political parties via email.
He said while none of the parties signed the document, representatives of all of the parties met or spoke to him about the issue. Some gave their positions on the issue; some to express support for his call and some spoke about their plans to address it.
Jessurun told The Daily Herald on Thursday that he met with National Alliance (NA) Leader William Marlin as well as several other members of the party slate. Marlin told Jessurun that the party wants to do something about poverty alleviation, but did not go into specifics. Jessurun said also that NA’s number two candidate Silveria Jacobs spoke about the eradication of poverty on a recent radio programme and noted that this issue is in the party’s manifesto.
A representative One St. Maarten Peoples Party (OSPP) informed Jessurun that the party’s position is to increase the old age pension to a maximum of NAf. 1,800.
According to Jessurun, United People’s (UP) party leader Theo Heyliger said the party wants to look at the minimum wage issue , but did not specify exactly what the party will do and by how much it plans to increase it.
Jessurun said he met with United St. Maarten (US) party representative Lisa Alexander, but he noted that the party does not have a position on the eradication of poverty. Jessurun said his conclusion is that while the US party has poverty mentioned in its manifesto, the party does not have a position on this issue.
Several members of the St. Maarten Democratic Movement (SDM) reached out to Jessurun. The representatives said they agreed with the position of the Anti-Poverty Platform for an increase in pension and minimum wage to US $2,200, but noted that the issue is still to be discussed within the party.
He said St. Maarten Christian Party leader Wycliffe Smith was critical of the proposal that the pension and the minimum wage should be upped to US $2,200. He said the party felt as though the proposal came from Jessurun personally. Jessurun said however, that this is the position of the St. Maarten Anti-Poverty Platform and it is based on a Transparency International (TI) report.
Two members of the Helping Our People Excel (HOPE) party reached out to Jessurun. He said while the party wants to eradicate poverty now, it had publicly expressed a different position in the past.
A Peoples Progressive Alliance (PPA) representative told Jessurun that his opinion was that raising the minimum wage and pension to US $2,200 per month is a large jump. The representative said the party supports getting people out of poverty, but supports a gradual increase in the minimum wage and pension to reach the desired amount.
A Democratic Party (DP) representative said the party is in full agreement with the proposal, however, Jessurun said the party does not address the issue in its manifesto. A second DP representative presented a project proposal to feed the elderly, but Jessurun said the proposal of the Anti-Poverty Platform is to eradicate poverty.
Jessurun said overall he is satisfied that “all of a sudden” the various political parties want to address the issue. He said after September 27, he will “continue to pressure” those in power to work towards eradicating poverty in the country.
Jessurun had told reporters last week that while the 124 politicians are soliciting votes from the electorate, none of them have committed to addressing poverty in the country affecting the same electorate. He urged voters to assess these things before making their decision. At the time he alluded to a TI report, which he says indicated that 75 per cent of the population is living in poverty and that the poverty income for households is US $2,200, while many households in the country do not earn this amount.
He also said that the current minimum wage is not a liveable wage. He alluded to issues such as the abuse of short term labour contracts, the elimination of the Turnover Tax (ToT), elimination of the fuel clause of utilities company GEBE, and the introduction of sales tax as issues that have to be addressed.
Jessurun spoke at a press conference held jointly with the members of the Windward Islands Chamber of Labour Unions (WICLU) at the WIFOL Building. The WICLU members called the press conference after a meeting amongst the various unions represented in the Chamber and Jessurun.