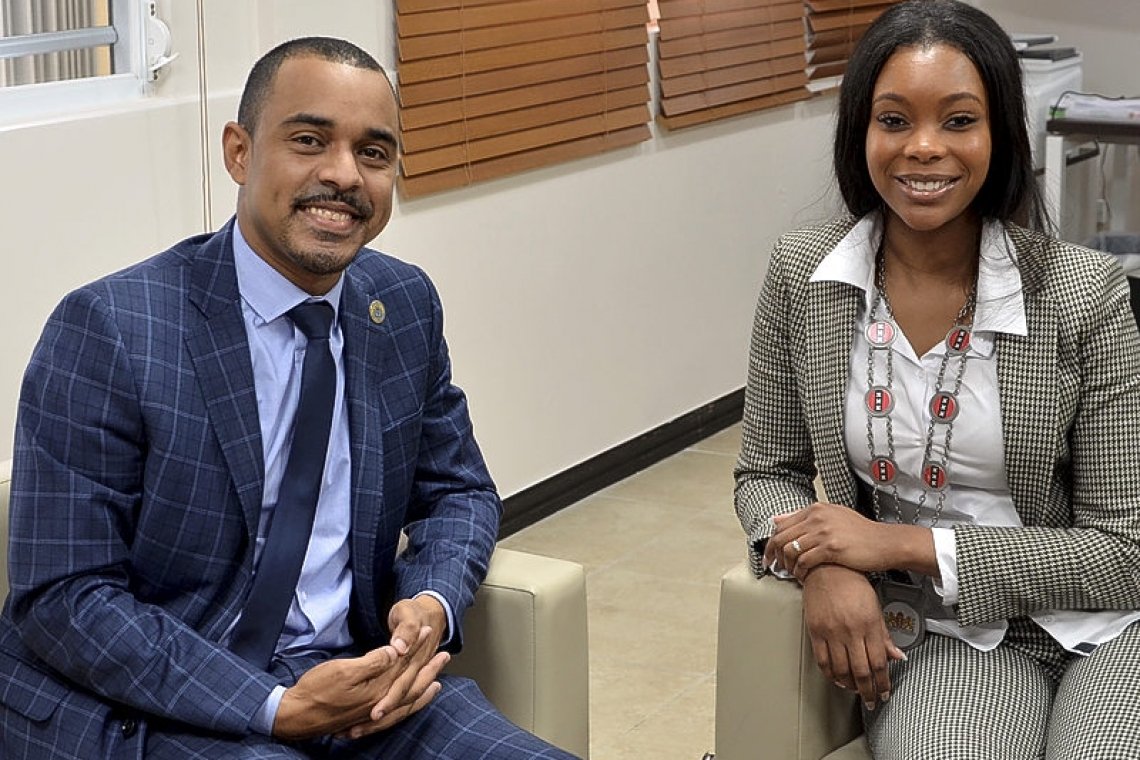 PHILIPSBURG–Youth Mayor of the City Council of Amsterdam Avianka Aventurin-Denloye paid a courtesy call to Chairperson Parliament Rolando Brison at the House of Parliament on Monday, February 17.

Brison was asked to share information about the youth of St. Maarten. He said St. Maarten is a very multicultural society, with more than 100 nationalities living on the island creating a melting pot. He described the young people of St. Maarten as being open-minded and a “highly multicultural, friendly people.”

He said he appreciated Aventurin-Denloye’s courtesy visit to the House of Parliament and encouraged her proposal to collaborate with government in efforts to contribute to the development of the country.

July 5, 2022
0
On Sunday, scuba divers in training did their final dives and exam. of their dive, what animals they saw, and other technical informationPHILIPSBURG--Preparations for the SXM Coastal CleanUp project, to be executed by young St Maarteners between the...
Read more