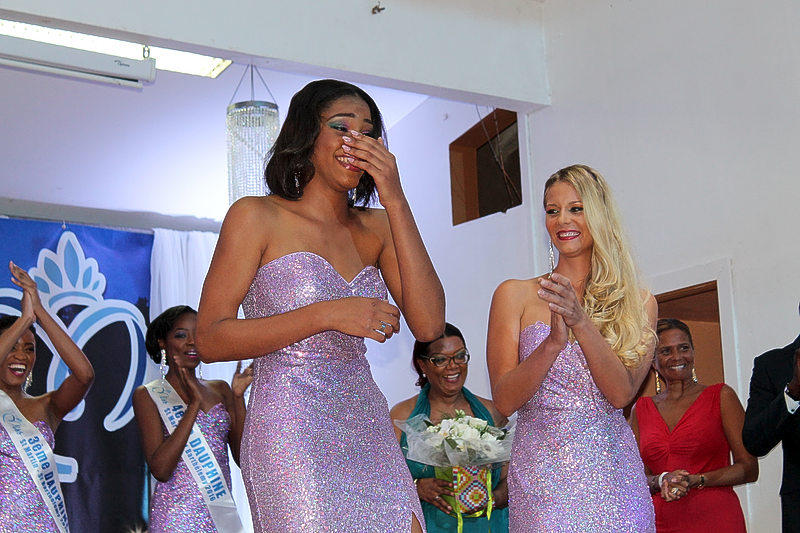 Presenters David Eugene and Sarolia Ada kept the audience in the Cultural Centre in suspense for what seemed an eternity, just before midnight, as Hippolyte and first runner-up Ornella Magras from St. Barths held hands awaiting their fate.

The cheering audience’s wish was granted and Hippolyte covered her face in disbelief, as emotions got the better of her.
She now has the immense privilege of going on to represent St. Martin and St. Barths at the 87th Miss France election on December 17, in Montpelier, France, following in the footsteps of last year’s winner Miss Guadeloupe 2015, Joanna Delphin.
On hand to assist in placing the crown on Anaëlle’s head was the 2015 winner Delphin and 2014 Miss France winner and 2015 Miss Universe third runner-up, Flora Coquerel, who was also a member of the jury.
Anaëlle Hippolyte managed to maintain composure and keep the nerves at bay on a night where some of the contestants had a case of the jitters in the speaking segments, but the audience was very forgiving.
Anaëlle not only won the pageant, but won the General Culture test and was voted Miss Amity among her seven other fellow contestants.
Second runner-up went to Marine Caillet, and third runner-up to Justina Christopher. Laura Lefranc was fourth runner-up. 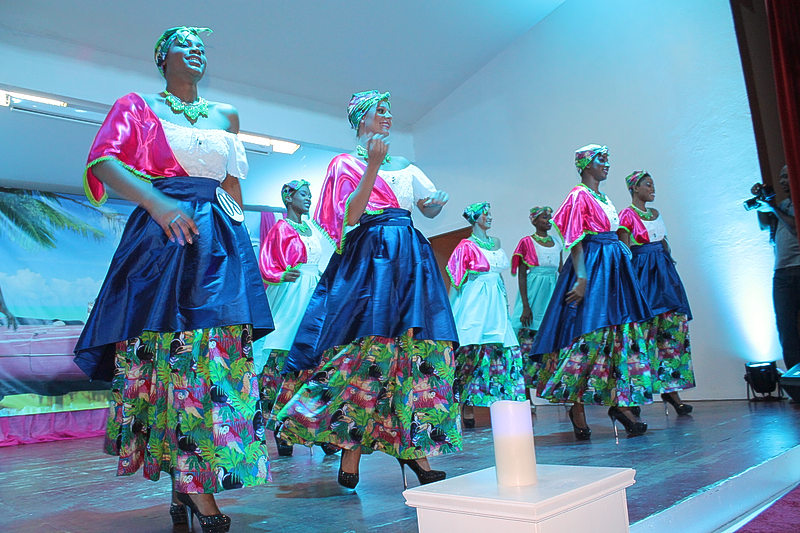 The Committee Prize went to Justina Christopher and the Jury Prize to Llenise Michael.
It was about 11:00pm when the SMS voting to determine the five finalists was halted and the jury retired to count the votes, supervised by Bailiff Chantal Emica, to ensure rules were adhered to.
The five finalists were Anaëlle Hippolyte, Marine Caillet, Justina Christopher, Ornella Magras and Laura Lefranc. How many SMS votes each obtained was not mentioned.
The most testing part of the evening was when each contestant was asked the same question; why should the jury choose you to represent St. Martin and St. Barths at Miss France?
Following the introductions, the “Motown-themed” evening began with the eight contestants performing a “Saturday Night Fever” segment. They appeared on stage three more times: in traditional culture wear, bathing suit wear, and finally in evening wear, in glittering long dresses for the “Dream Girls” segment.
Between the judging segments there were performances from Funtopia and Zouk singer Lydia Lawrence.
Members of the jury included the President Miguel Alexander, Fabien Charbonnier from St. Martin Tourism Office, Miss France 2014 Flora Coquerel, Line Taylor from Grand Case Beach Club, and entrepreneur Wendy Alexander.
Present in the audience and helping to present the prizes were St. Martin Tourism Office President Jeanne Rogers-Vanterpool and Second Vice-President Ramona Connor. 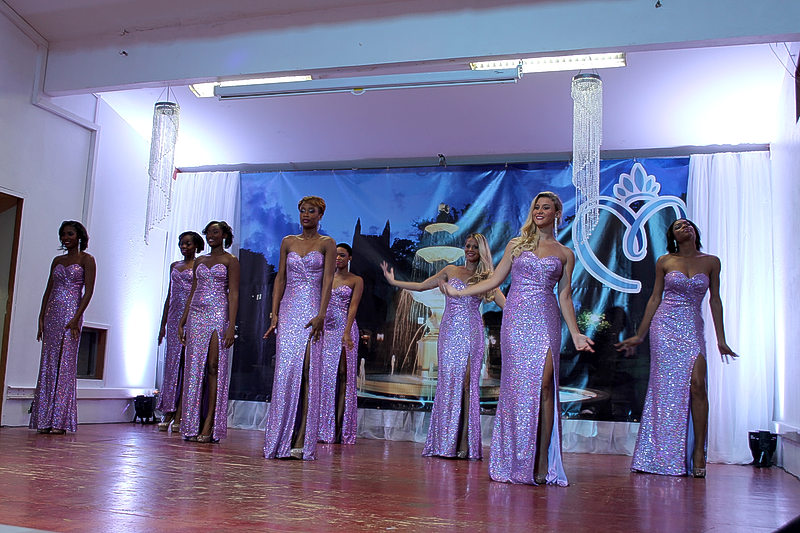 All of the contestants received bouquets of flowers and fabulous gifts courtesy of the many sponsors.