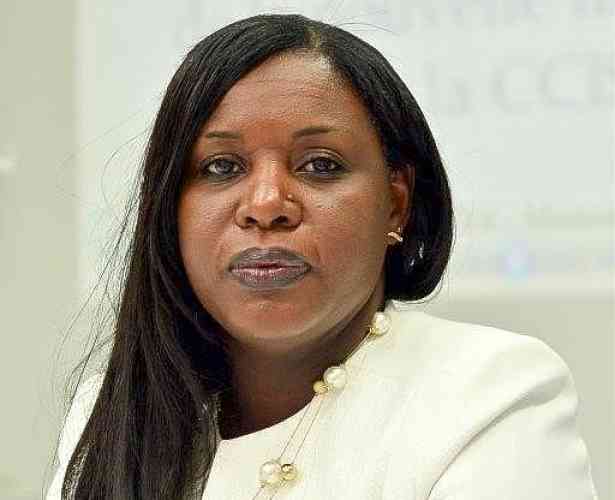 MARIGOT–The First Vice-President of the Chamber of Commerce (CCISM) under Jean Arnell’s mandate, Angèle Dormoy, was unanimously elected President at an extraordinary general meeting on February 15, 2018. She succeeds Arnell who resigned from the post.

“There will be no revolution, because we are working in the continuity of a mandate programme established by all elected officials of the Chamber and so the Chamber’s missions, responsibilities and commitments remain the same,” Dormoy stated in a press release.

“Jean Arnell’s resignation highlighted the Chamber’s structural and financial difficulties. These difficulties have not disappeared with his resignation and it is therefore necessary to put in place a restructuring strategy that will demonstrate our resilience and our ability to stimulate an economic recovery in our territory,” she added.
“The last few weeks have been rich in working meetings with the supervisory authorities. Our first discussions were primarily with the Collectivité. We will seek audiences with the State’s services to continue the work begun to breathe new life into our St. Martin businesses.

“With the commitments made by the Collectivité, the Chamber has drawn up a roadmap for the mandate, with priorities broken down into three main areas:
“1. Creating the basis for a sustainable financial and structural situation for the Chamber: It is imperative that the Collectivité financially supports the Chamber, particularly in the short term (June 2018) and in a sustainable way after the measures taken in the tax reform.

A supplementary budget is essential to finance the Chamber’s business support missions. The revision of the statutes of the Chamber is a crucial point that the new speaker intends to put on the agenda of the next territorial council.

2. Support for safeguarding businesses and maintaining employment: The impact of Hurricane Irma on our already fragile economy is well documented. We must support the self-employed, who have been left behind by the emergency aid measures deployed in our territory. Measures to support the cash flow of our companies through the cancellation of social debts on June 30, 2017, and a spread of tax charges are to be studied.

3. Support for the various sectors: All sectors have been impacted by the hurricane and an audit should be carried out to propose support for the implementation of measures to boost the territory’s economic recovery.

Support for investment, information, training, professionalization of the craft industry and the strengthening of the Small Business Act presented in June 2015 are all points on which CCISM intends to continue to make the voice of entrepreneurs heard and defend their interests.

Angèle Dormoy studied Business Management at the Institut d’ Administration des Entreprises de Bordeaux, after which she returned to St. Martin, her native island, where she graduated with a DESS degree in Business Administration and Management and a Masters in Applied Foreign Languages obtained in 1994 and 1993 respectively.
She began her professional career in 1994 as Operations Officer at the Société d’ Économie Mixte de Saint-Martin (SEMSAMAR) where she worked for eight years. She created her first transport company in 2002 and since then has developed and created several companies in various fields.

She has been campaigning for several years to transmit her passion for management and promote the creation of businesses in Saint-Martin. As a legal expert at the Court of Appeal of Basse-Terre, President of the Federation of Small Enterprises FTPE, member of the Economic and Social Advisory Council, member of the Lions Club Oualichi. Dormoy’s goal is to get involved in the development of the island of St. Martin at all levels.