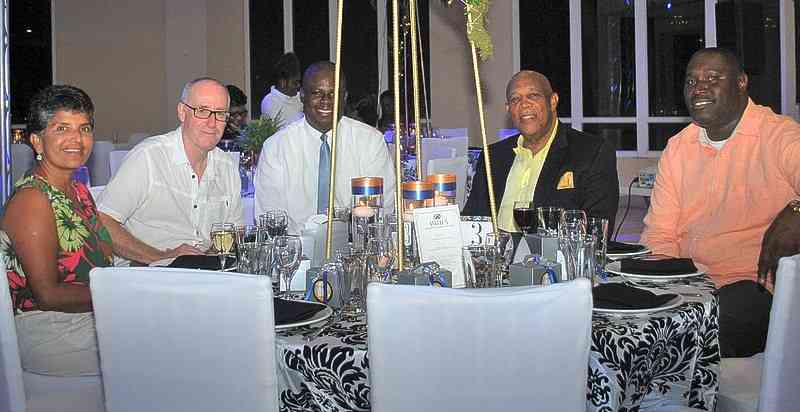 During opening remarks, Governor Tim Foy lauded the speed of the island’s electrical grid’s restoration, noting that it was originally expected to take six months and instead was completed in half that time. He attributed this to “a restoration plan that was expertly crafted and executed by the dedicated and knowledgeable ANGLEC Board of Directors and senior management who knew how to get the best from their staff.” He singled out the Chief Operating Officer, David Gumbs for his tireless hands-on presence and daily operational involvement as well as his clear and timely updates on progress and expectations.

Praising the entire ANGLEC staff for their dedication, leadership and service, as well as the Caribbean teams and Canadian contractors who assisted in the effort, and the Anguillian public for their patience and support, he ended by saying, “Let’s be grateful for all that was achieved and be thankful for the quality of people in this country who showed that they could do it in half the time expected.”

Chief Minister Victor Banks followed by concurring with the Governor’s recounting of all who deserved to be thanked for an exceptional job, remarking, “It is important to recognise the significant task that was accomplished by the personnel of ANGLEC – the Board of Directors, management, staff – and support received across the region. It was a historical recovery from an unprecedented weather event.” He singled out the families of the ANGLEC workers for their support and understanding.

Mistress of Ceremonies for the evening, Jemila Morson-Hodge, ANGLEC’s well-known public affairs officer, summed up ANGLEC’s focus during the restoration with the following quote: “Ultimately leadership is not about glorious acts, but instead it is keeping the team focused on a goal and motivated to do their best to achieve it, especially when the stakes are high and the consequences really matter.”

Following a wonderful meal, leadership awards and certificates of appreciation were presented to personnel recognised for their tireless contributions during the restoration period. In addition to Governor Foy and his wife Dina, and Chief Minister Victor Banks, other Government officials present included Deputy Governor Perin Bradley, Minister of Infrastructure Curtis Richardson and Ministerial Assistant Evelyn Bradley.