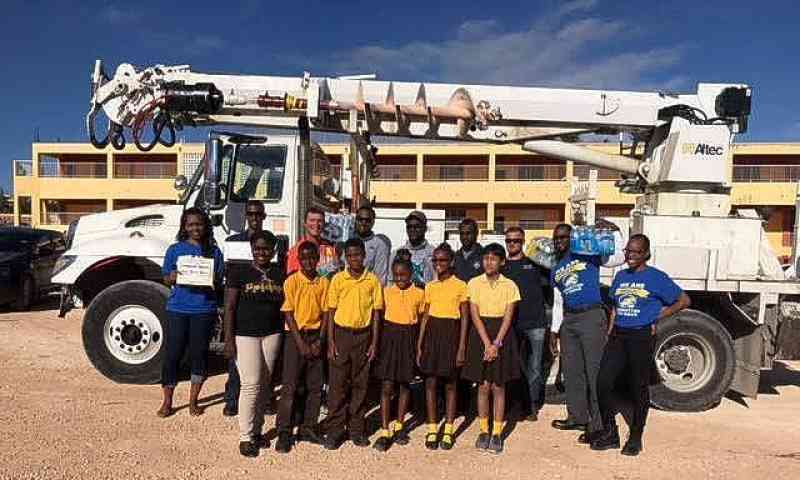 Some of the linesmen with students from the Valley Primary School.

ANGUILLA–The last switch in West End was flipped on Monday as the Anguilla Electricity Company ANGLEC succeeded in restoring power to the whole island before Christmas. A spokesperson for the company said that there are still a few individuals who have to be connected but restoration is complete throughout.

On Friday, December 15, pupils at the Valley Primary School invited ANGLEC and the Canadian linesmen to give them a big “thank you” for all the hard work they had done restoring electricity. The pupils sang songs and gave the linesmen cupcakes that they had made especially for the occasion.

ANGLEC has received assistance from many sources including Canada, Guyana, Dominica, St. Lucia, St. Kitts and Nevis, the Bahamas, Grenada, St. Vincent, Montserrat and more. The overall damage to the electricity system was originally estimated by General Manager David Gumbs at EC $50 million. A final figure has not been announced, but there was considerable damage to the generation plant, the office buildings and the solar farm in addition to the poles and connections.

Future plans for the company include a solar farm that can withstand a Category 5 hurricane, underground cables in some areas, and more support for the poles so that they are resistant to the fierce winds.