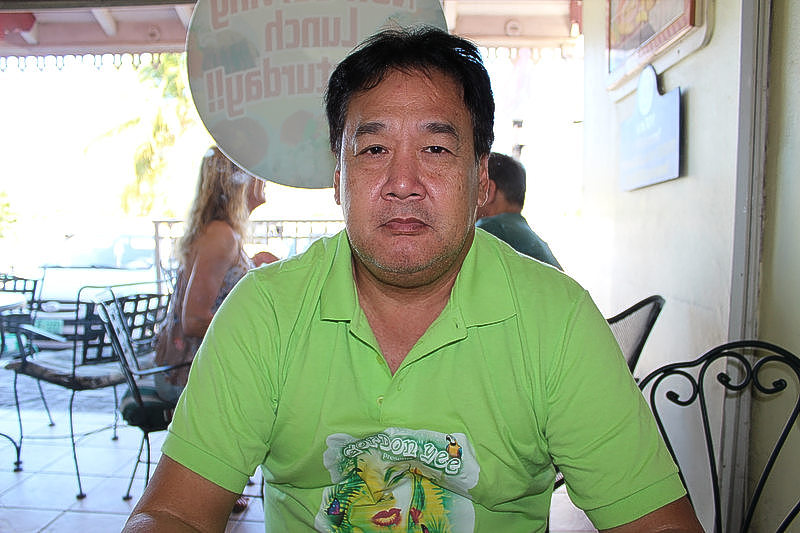 ~ Yee says ladies out to discredit him ~

PHILIPSBURG–Players Troupe, a carnival group from Anguilla, on Friday claimed that local troupe leader Gordon Yee collected funds from them to create costumes last year, but never delivered on his end of the deal.

According to the Anguilla troupe, in February 2016 it contracted Yee to make and ship carnival costumes to them in Anguilla by July 20. “From February to July, Mr. Yee was paid money [in instalments agreed upon, Ed.] to purchase material and for labour of the costumes,” the group said. “The last payment to Mr. Yee was made on July 22, 2016. In total Mr. Yee received US $16,620 from Players Troupe.”

“If he had completed and delivered our costumes we would have paid him the balance to make it to a total of $24,365.00,” the group explained.

The group said despite the payment, Yee failed to deliver the costumes and “is not responding favourably to the management of Players Troupe to compensate them for their loss.”

According to the email received by The Daily Herald, Players Troupe is owned and managed by two women, Kafi Gumbs and Charonnay Carty. “The money that Mr. Yee stole from the troupe was earned by over five years of fundraisers and troupe participant registration fees. After Mr. Yee failed to deliver the costumes, Players Troupe management incurred an immediate debt of over US $9,000, public disgrace and distrust, failed to meet obligations to sponsors and disappointed over 200 troupe participants.”

Players Troupe said it has signed documentations and electronic conversations as proof of the money transactions. “We would like for Mr. Yee to compensate us immediately so that Players Troupe would be able to pay its outstanding debts from 2016 and take part in Anguilla Grand Parade of Troupe 2017.”

The troupe sent an unsigned copy of an agreement it said it had with Yee and indicated that the signed copy would be provided upon request. A request was made for the signed copy to be sent to this newspaper, but up to press time was not yet received.

Yee was contacted on Sunday, and said that it was unfortunate that he is accused of stealing when mutual agreements were made between two consenting parties. “I really would prefer not to make public comments about business ventures off-island, but I can say that the ladies are looking to discredit me on St. Maarten,” stated Yee.

“I have been involved in carnival over 20 years and revellers on St. Maarten have been good to me by jumping with me every year. The situation in Anguilla had to do with me being sick last year and was not able to deliver costumes on time. I explained that the monies provided to me were used to buy the costume material.

“At no time did I plan to get sick, it was something that just happened. I informed the ladies that I would refund them and agreements were made. I made several payments and with Carnival 2017 coming closer here at home I told the ladies that I will resume paying them until later this year. This did not sit well with the ladies who decided to go another route, and wanted to ruin me in the public eye with my sponsors and revellers for supporting me this year,” said Yee.