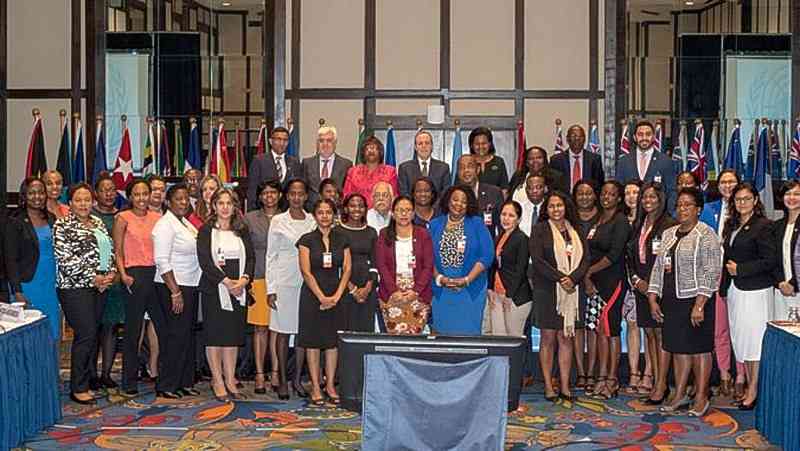 Attendees at the CDCC meeting.

Discussions also centred on the outcomes of the third meeting of the Forum of the Countries of Latin America and the Caribbean on Sustainable Development, which was held in Santiago, Chile, from April 22 to 26, during which authorities focused attention on the difficulties affecting the sub-region and acknowledged the shared limitations on development that still persist among Caribbean States. The meeting presented preparations for the High-Level Political Forum and SIDS Summit, which will take place during the 74th UN General Assembly later this year, during which the Caribbean will be raising the importance of empowering people, ensuring inclusiveness and promoting equality in building strategies to improve countries’ resilience.

As a follow-up to this meeting the Anguilla Statistics Department (ASD) will in the near future launch a campaign to share, inform and create discussion regarding the importance of the SDGs and the need for mainstreaming them into national policies and inter-sectoral development plans, with the participation of government ministries, departments, NGOs, civil society and the private sector.