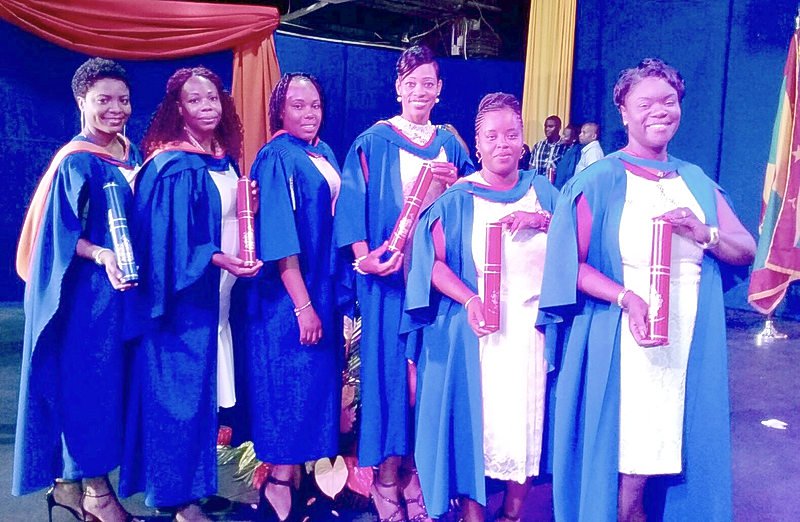 ANGUILLA–Anguillian students featured prominently at the 2017 Presentation of Graduates Ceremony of University of the West Indies (UWI) Open Campus held in Grenada last weekend. As a special tribute to the graduates from the hurricane-affected countries, a touching video featuring the Anguillian graduates was played before, and at the beginning of the Graduation Ceremony, as well as on UWI television.

The ceremony in celebration of the 657 Open Campus graduates, was the first to be presided over by new Chancellor, Robert Bermudez. It was witnessed by a number of local and regional Government and University officials, as well as the families and friends of graduates, and streamed live via

The UWI 2017 Graduation Ceremonies continue this Saturday, October 21, at the Cave Hill Campus in Barbados, when Anguillian Maglan Lewis will receive her Doctorate in Business Administration.

The UWI Open Campus Anguilla is congratulating the Graduates from the Open Campus Class of 2017, as well as Doctoral Graduand Maglan Lewis.