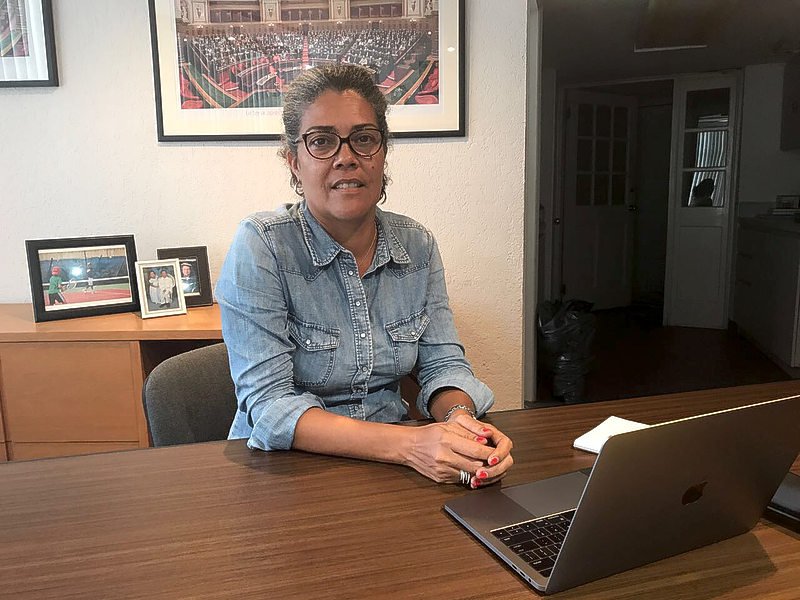 MARIGOT–Anne-Karine Fleming formally announced Monday she will stand as a candidate in the upcoming Legislative Elections on June 10 and 17, to represent St. Martin and St. Barths.

Fleming was formerly a “suppléante” (substitute) for candidate Christophe Beaupère from “Ensemble 2017 “but he dropped out of the running about two months ago.

This time around her substitute is Patrick Bouffar-Roupe from St. Barths.

Fleming is the Treasurer for the Federation of Les Républicains in St. Martin, formerly Union pour le Movement Populaire (UMP), and a founding member since 2008, and when the board resigned in 2012, she stayed on.

She added that she does not have the support of Les Républicains, but another St. Martin candidate, Claire Javois, got it based on an endorsement from President Daniel Gibbs, even though she is not a member of the party.

“There’s a situation with the Treaty of Concordia that is not being respected. We are being pulled in opposite directions by both nations, drifting apart. But we can only be strong if we are together.

“The overseas territories need to come together to have a stronger cooperation to protect their social environment. The situation in French Guiana recently showed that social problems can get deeper and deeper into a hole. We also want to officialise English as a regional language in administration. There are some districts where people don’t speak any French. These are projects that can be presented in Parliament with other regions as well.”

Fleming added she is close to the people on both sides of the island through her work with Island Gems Charity Foundation and other associations, helping to keep her pulse on the feelings of the community.

Regarding her substitute Patrick Bouffar-Roupe, she said it was important for her to choose someone who is close to the people. He is also a member of Les Républicains.

“We have decided to open an office for the substitute candidate in St. Barths , as it is important for him to be close to the people, and available. This was not done in the former mandate,” she disclosed. “It is important that the substitute has a role to play not only during the campaign, but also afterwards.”

Fleming explained that each national party has to endorse a certain number of candidates, half of whom have to be women, and if this is not done correctly, the party gets fined.