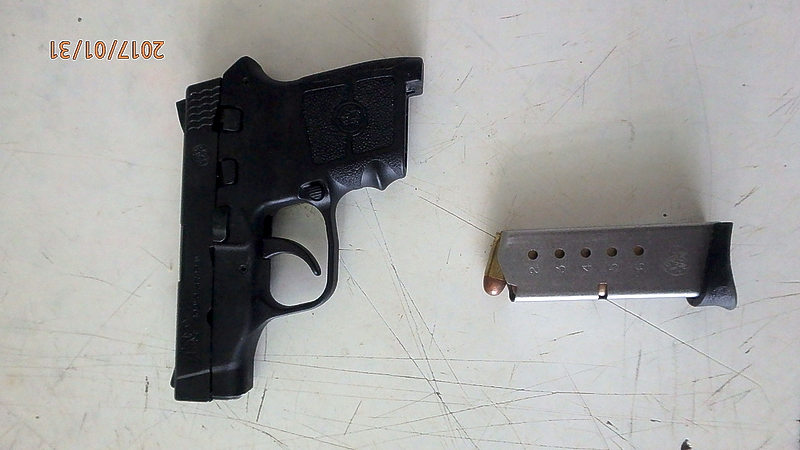 PHILIPSBURG–Another gun was confiscated by authorities on Tuesday during a lockdown search at the Pointe Blanche Prison, among other contraband found. Based on information received about the presence of a firearm, police officers with support of the Royal Dutch Marines conducted the thorough searches.

Prosecutor’s Office representatives were present during the operation, which started at 7:30am and lasted until 5:00pm. Numerous cellular phones, drugs and self-made weapons were discovered during the intense search.

The present management at the prison continues to struggle with keeping the detention facility safe. Two guns were found during a search conducted at the penitentiary in September 2014. To date no arrests were made in connection with the investigation of the guns found.

Inmate Omar Jones was shot fatally in the head and back by a fellow prisoner on August 31, 2016. Ambulance personnel applied cardiopulmonary resuscitation (CPR) in an effort to save him, but to no avail. Multiple searches were conducted in the prison by the Police Arrest Team and the K9-Unit conducted an extensive search and found a pistol far away from the scene where Jones had been murdered. The case remains open to date and no suspect has been charged for the murder.

The weapon confiscated on Tuesday continues to surprise law enforcement with the question of how a gun made it into the prison. Minister of Justice Raphael Boasman will have to decide on the next step on how to deal with this ongoing issue at the country’s house of detention.

Detectives have been interviewing inmates and the Forensic Department was also at the institution to collect potential evidence.