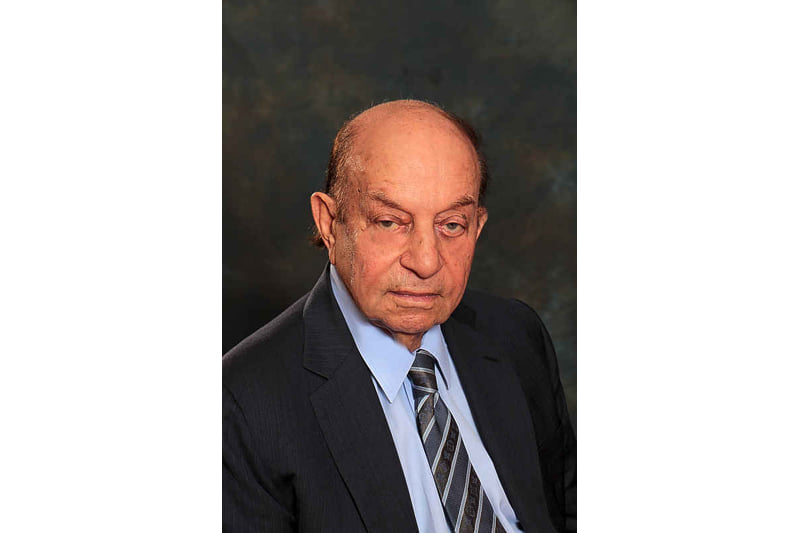 PHILIPSBURG–In response to former president of Central Bank of Curaçao and St. Maarten (CBCS) Jose Jardim’s allegations that shareholders of insurance company Ennia had misappropriated US $400 million of the company’s money, Iranian-American businessman Hushang Ansary said that if Jardim presents evidence, he will return the funds to Ennia immediately.

Ansary sat down with The Daily Herald in an exclusive interview on Sunday afternoon to speak about these and other allegations stemming from the company’s legal battles with CBCS. Ansary is the majority shareholder of Parman International, which owns Ennia. This the first part of a two-story series.

In a recent e-mail to Jardim, Ansary and former St. Maarten Finance Minister Richard Gibson countered the former CBCS president’s accusation that US shareholders had moved a total of $400 million from Ennia’s accounts to their own.

Just as in the e-mail, Ansary on Sunday “categorically” denied this claim. According to him, there is no evidence that the funds were moved from Ennia’s accounts.

For that amount of money to be moved, the request needed to have two of the company’s managing directors sign off on it. There has been no such documentation presented to him, said Ansary.

“If Mr. Jardim presents to us documentary evidence of which managers wrote which instructions, to which banks, to transfer what amounts from the accounts of Ennia to the accounts of which shareholders, and presents it to us, we will make sure that the funds are returned to Ennia immediately,” Ansary said.

He claims that he and Gibson asked for this evidence, which Jardim allegedly promised to return within a week.

“After a week they [Jardim – Ed.] called Mr. Gibson and told him they needed one more week to put the evidence together, and Mr. Gibson said, ‘No problem, you can have one more week.’ … At the end of the second week, Mr. Gibson never heard from them. That was four months ago. Ever since then they have raised the accusations again to the press even though they have failed to deliver the evidence to Mr. Gibson, and we are raising this issue now,” said Ansary.

Ansary also claims a transfer of that magnitude could not happen without CBCS knowing about it.

“When you want to transfer 400 million dollars to shareholders out of the country, you have no choice, because it comes from Ennia … which is a regulated entity under the control and supervision of the CBCS. How can they transfer, even if management has the authority to instruct the banks, [an amount] equivalent to 40 per cent of the country’s total foreign exchange reserve without Central Bank approval? It is impossible.

“What Mr. Jardim is accusing is not us, he is accusing his own predecessors of having violated the rules, and transferred the money,” Ansary said.

He has been accused of several financial misappropriations involving Ennia and its sister companies.

Notably, some $100 million (almost NAf. 180 million) was transferred from Ennia Caribe Investments (ECI) to the bank account of Parman Enterprises LLC, an entity of which Ansary is a majority shareholder.

This prompted an emergency intervention by CBCS. At the request of the central bank, a Curaçao court issued emergency regulations against Ennia in early July 2018.

CBCS said an amount of $50 million was then transferred back to Ennia from Ansary’s private account, therefore intertwining “personal and corporate interests.”

According to court documents obtained by Curaçao newspaper Antilliaans Dagblad, when Ansary took over Ennia in 2006, he promised to contribute NAf. 100 million guilders to the company and instead he withdrew an undisclosed amount of money from it.