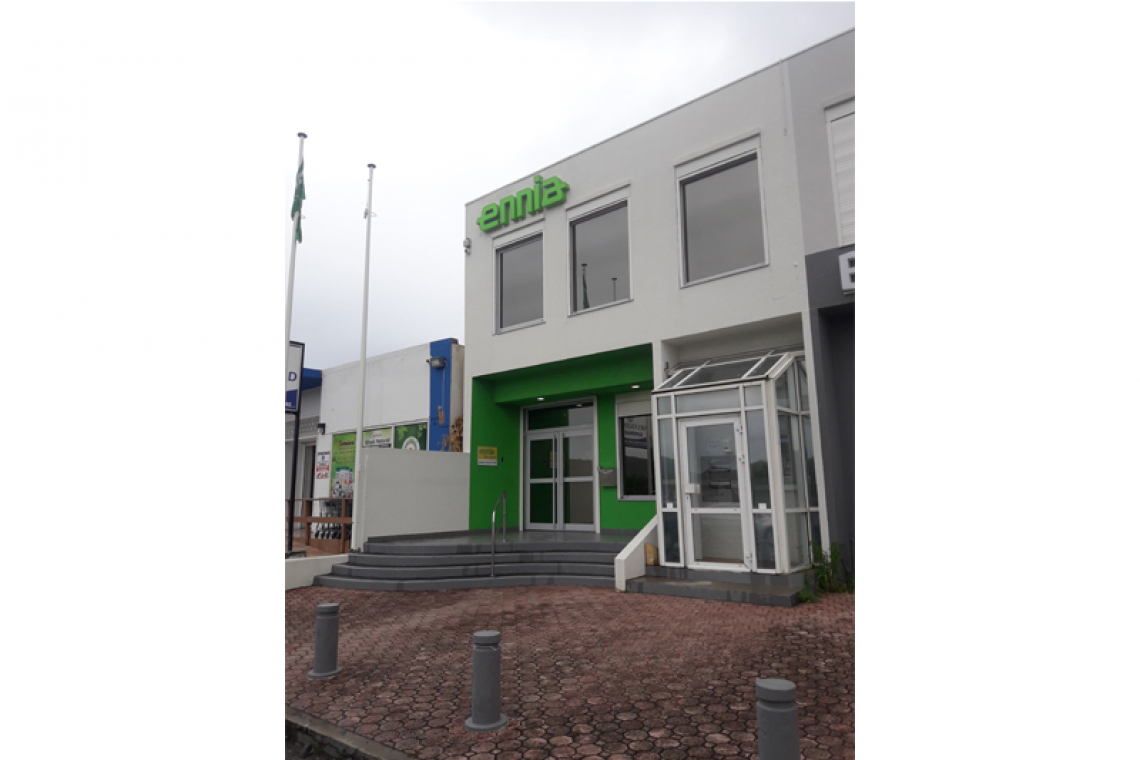 WILLEMSTAD/PHILIPSBURG–The Court of First Instance in Curaçao gave a verdict on Monday in the liability case of the Central Bank of Curaçao and St. Maarten CBCS on behalf of ENNIA insurance company against the company’s (ultimate) shareholder and former directors. The court ruled in CBCS’s favour and ordered owner Hushang Ansary, his daughter Nina Ansary, and (former) directors, supervisory directors and shareholders to pay ENNIA more than one billion guilders in damages.

The court has established that after the acquisition of ENNIA in 2006 changes were made in policy transactions and expenses that were very detrimental to ENNIA. The defendants were held liable for the damage suffered by ENNIA.

In its verdict, the court attached a lot of weight to the fact that ENNIA should be able to meet its financial obligations to its (pension) policyholders, also in the longer term.
Businessman Ansary and other company officials must pay more than NAf. 1 billion to ENNIA Caribe Holding (ENNIA) and its subsidiary NVs Life, Non-life, Healthcare and Investments.

In addition to Ansary and his daughter, this concerns company Parman International BV, Abdallah Andreous, Ralph Palm and Gijsbrecht van Doorne. They were held liable for the irresponsible withdrawal of money between 2009 and 2016, endangering ENNIA’s financial position and the benefits of policyholders.

The court established that ENNIA’s corporate structure and investment policy changed after the acquisition by Ansary to such an extent that the interests of ENNIA and its policyholders were no longer central.

The special duty of care that applies to directors and supervisors of a (life) insurer has been largely not complied with, despite very critical observations from its own ranks and repeated warnings and exhortations from supervisor CBCS, according to the court.

The defendants are held liable for NAf. 743.9 million in ENNIA’s investments in gas and oil supplier Stewart & Stevenson (S&S), which yields were transferred to other entities of the Ansary concern; (dividend) payments of NAf. 188.9 million; donations (20.7 million); advisor fees (6.1 million); salaries to people who were not employed (5.6 million); payments to the Supervisory Board (14.2 million); and NetJets (27.7 million).

The lion’s share is accounted for by Ansary and daughter Nina. Former directors Andreous and Palm were each held liable for NAf. 237.2 million, Parman for NAf. 188.9 million and Van Doorne for NAf. 15.5 million.

As the largely unsuccessful parties, the legal costs of these proceedings will predominantly have to be paid by father and daughter Ansary. The judgment will be implemented immediately, even if an appeal has been lodged.

It is not yet known whether Ansary and the others will appeal the verdict. The lawyers will first have to study the content of the judgment and discuss it with their clients.

Ansary used money from ENNIA as if it were a supermarket, the verdict says. The donation of millions to the Peace Institute in Washington, after which the peace dove on the roof was dubbed the “Ansary peace dove”, and the NAf. 900,000 paid to former US President George W. Bush were described as “outrageous”.

In the voluminous judgment of 89 pages, the first 30 pages establish the facts on the basis of which the court concluded that the defendants have caused damage to ENNIA and that they are liable to pay compensation to the insurer.

The specific accusations made by ENNIA – in essence always coming down to effecting or permitting withdrawals from ENNIA’s assets for which there was no reasonable business ground – are partly justified, the court said.

In particular, the state of affairs surrounding ENNIA’s investments in S&S was very disadvantageous for the company, as was an amount of NAf. 743.94 million that was transferred to other entities of Ansary and his daughter Nina.

ENNIA’s accusations regarding (dividend) payments and excessive and non-business-like expenditures on, among other things, donations, remuneration of supervisory directors, private aircraft and compensation to persons not employed by ENNIA, were justified, the court stated.

The defendants’ defence, including their appeal to the statute of limitations and discharge, proved unsuccessful. The question of the defendants’ liability was assessed on the basis of each person’s formal responsibility, conduct or failure, the court said.

CBCS, the supervisor of ENNIA, will elaborate on the verdict at a press conference at its office in Curaçao at 5:00pm, today, Tuesday, November 30.