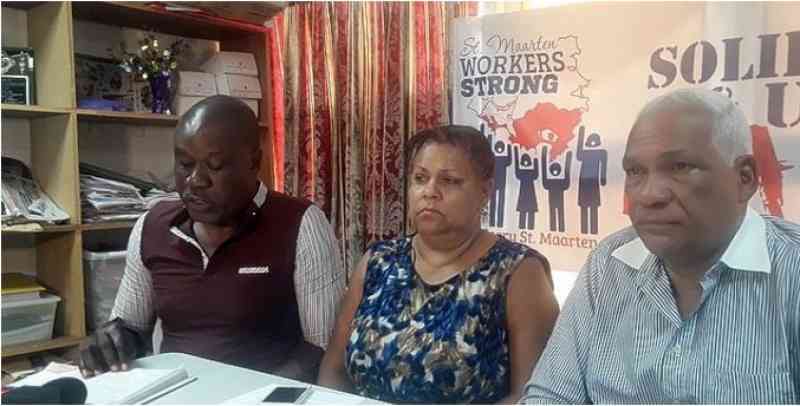 PHILIPSBURG–The Anti-Poverty Platform and Consumer Coalition said the 2019 budget is a “meatless, skeleton” budget that contains little for the people of St. Maarten.

The budget was approved by members of the governing coalition late Tuesday evening.

“[There is – Ed.] no meat in the budget for the people. No amendments were presented to change the draft budget in the interest of the poor and needy households in St. Maarten, neither by MPs [Members of Parliament] of the coalition or by MPs of the opposition,” Platform and Coalition representative Claire Elshot said at a press conference on Thursday.

She said the Anti-Poverty Platform/Consumer Coalition had some ideas for amendments that could have been presented for the budget.

“Social allowances were budgeted for only NAf. 5.6 million, whereas NAf. 286 million was needed to supplement the income of the almost 20,000 persons with an individual income of less than NAf. 2,000 a month. And based on the maximum of the ‘available resources’ principle in the state funds of the Netherlands had to be budgeted in the 2019 budget for the people not to be in poverty.”

The Platform said also that nowhere in the budget were rent subsidies mentioned.

“We calculated and illustrated that a total of NAf. 105.6 million had to be budgeted to assist the poor and the needy to supplement their rent payment amount. These funds had to be forthcoming from the Netherlands based on the right to adequate and affordable housing for all citizens in the Kingdom that has to be guaranteed by the Kingdom government according to article 43 of the Charter of the Kingdom. None of the MPs proposed such a proposal for the poor and the needy households.

“The UD-SMCP [United Democrats/St. Maarten Christian Party] coalition MPs approved this amendment, while the opposition NA-USP [National Alliance/United St. Maarten Party] MPs voted against this amendment. Although the budget amendment for the breakfast programme for hungry schoolchildren is very sympathetic, the project proposal is an example of poverty alleviation and not of poverty eradication of the household.

“Just as eloquently as they have criticised the fact that based on CFT [Committee for Financial Supervision] and the Netherlands government instruction to pay the Dutch police officers government had to amend the budget, even though they criticised the fact that [there is] no money for our own police officers to receive their salary adjustments since 10-10-10, none of the MPs came with such an amendment in this budget.

“As co-coordinators of the Anti-Poverty Platform we will seek a meeting with the Council of Ministers and Parliament to present our proposals for the 2020 budget to eradicate the poverty which hopefully can be included in the government proposal to be presented before September 1, 2019, and/or amended before January 1, 2020,” Elshot said.