Home Headlines & Top Stories Anti-Poverty Platform insists on a pension equal to the Netherlands’ | THE... 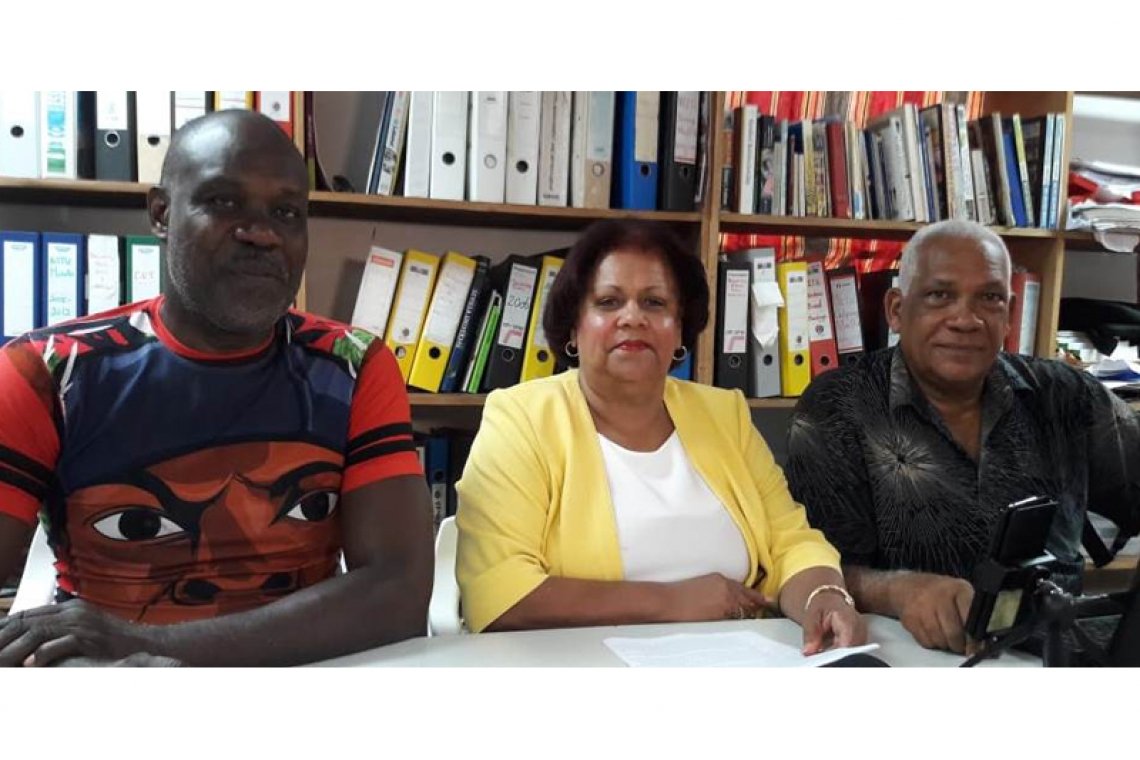 PHILIPSBURG–The St. Maarten Anti-Poverty Platform is calling for an equal maximum pension amount for all seniors.During its weekly press conference on Thursday, July 16, the Anti-Poverty Platform discussed the recent passing of the national ordinance in Parliament amending the legal pension age for persons to receive their old age pension AOV benefits.

According to the platform, it is not in agreeance with the new legislation and believes that the pension amount in St. Maarten should be double what was proposed by government and approved by Parliament.“[The – Ed.] legislation to increase the old age pension age from 62 to 65 was fast-tracked by the Council of Ministers and Parliament of St. Maarten to comply with one of the conditions for liquidity support imposed by the Dutch government and State Secretary Raymond Knops,” stated the platform.The Anti-Poverty Platform questioned the reason for the increase in the pension age, stating that there is no structural deficit in the AOV fund.

The platform further stated that the AOV reserves are 18 times more than the legal requirement.“The Minister of Public Health, Social Development and Labour VSA even managed to increase the maximum old age pension with 11 per cent from NAf. 1,116 to NAf. 1,240,” said the platform.“In a meeting the Minister of VSA had with the WICLU [Windward Islands Chamber of Labour Unions], he informed that he wanted a higher increase, but his advisors did not allow him to increase the pension with more than 11 per cent to keep the fund healthy,” stated the platform.

The Anti-Poverty Platform further questioned the additional NAf. 124 that would be paid out to pensioners with the passing of the new legislation, noting its inadequacy to provide an actual “liveable income.”“That is US $2.30 a day … not enough to take the bus from St. Peters to town and back home. It is still not providing a liveable pension income,” the platform added.According to the platform, the maximum pension payment for seniors in the Netherlands is 1,226 euros which would be equivalent to US $1,398 or NAf. 2,516.

“Based on the Transparency International report, this old age maximum would be adequate for a senior citizen in St. Maarten to not be in poverty,” stated the platform.Further comparisons were made to the maximum pension for persons in Saba and St. Eustatius. The Anti-Poverty Platform shared that the pension amounts in the BES [Bonaire, St. Eustatius and Saba] islands are between US $815 and $827, which the platform notes to be 41 to 42 per cent lower than in the Netherlands.“The new St. Maarten maximum [pension] of NAf. 1,240, equivalent to US $689, is 51 per cent lower than the one in the Netherlands,” said the platform.

“These differences should be regarded as geo-political discrimination.”“The WICLU unions are demanding an equal social protection floor throughout the Kingdom, which means an equal maximum social pension for all seniors – as soon as they reach the legal pension age – of 1,226 euros equivalent to US $1,400 or NAf. 2,516, in other words more than double the amount which was passed by law in Parliament,” the Anti-Poverty Platform concluded.