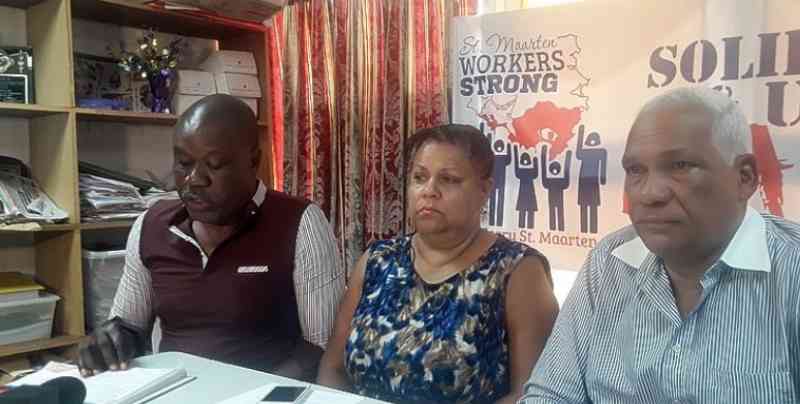 PHILIPSBURG–The St. Maarten Anti-Poverty Platform and St. Maarten Consumers Coalition have made a number of suggestions as to how authorities can address poverty in the country.

The suggestions were made at a press conference on Friday. Platform representative Alberto Bute outlined the suggestions, which include lowering the cost of living to affordable pricing levels; expanding the basic basket of goods for maximum price control from 40 to 100 items; and lowering the prices of goods and services to price levels of Curaçao.

Other suggestions include eliminating GEBE’s fuel clause and generating green energy; increasing social tariffs for water and electricity for the poor and the needy; introducing social tariffs for phone and Internet for the poor and the needy; replacing “low speed and high-priced Internet” with “affordable high-speed Internet”; capping or setting limits to rents for households and commercial; and capping or setting limits to interest rates set by financial institutions.

Bute said none of these points were detailed in the governing programme, “hence a dialogue has to result in these issues being addressed for the poor and the needy households in our society.

“What are the proposals of this United Democrats/St. Maarten Christian Party government to provide workers in St. Maarten with living wages and with an equal social protection floor in the Kingdom? They have not even championed the cost-of-living adjustments of the minimum wage or social allowances until now. All seniors, widowers, orphans will get their little COLA increase.

“If we did not denounce the instruction not to pay indexation as of the first of January, not even that little increase the Ministry of VSA [Public Health, Social Development and Labour – Ed.] did not want the most vulnerable to get,” Bute said at the press conference, which also included representatives Claire Elshot and Raymond Jessurun.

“This week again in the Council of Ministers press briefing Minister of VSA [Emil Lee] [alluded to] the stipend money from the World Bank as being a very positive initiative that this government has arranged for workers in the hotel sector that did not get their salaries paid after Irma and now also opened up for anyone that wants to go to a construction course at the National Institute for Professional Advancement.

“This stipend is not taking the workers and their families out of poverty. When they get employment they are not guaranteed a living wage. But the local politicians all have better living wages than other politicians in the Kingdom.”