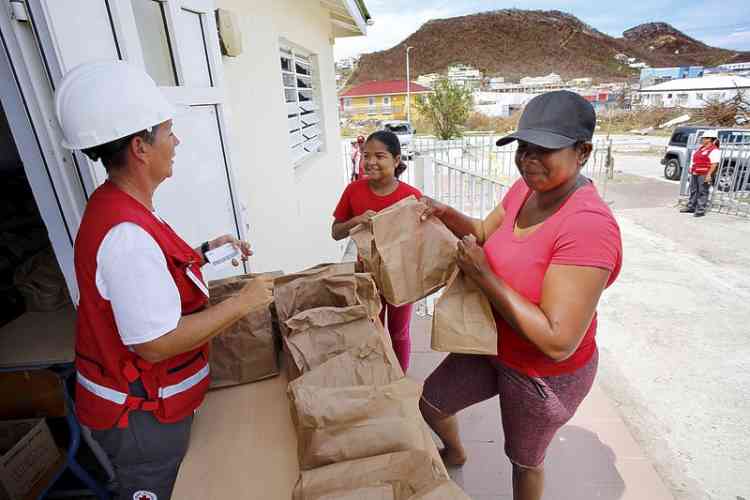 PHILIPSBURG–The Anti-Poverty Platform says the results of a preliminary needs assessment it conducted with its partners show that four months after the passing of Hurricane Irma, “a lot of humanitarian aid is still needed in the country.”

The Platform had distributed forms throughout the community via Platform partners to assess the situation of residents. A total of 71 filled-in forms were received, including 29 from Windward Islands Teachers Union (WITU) members and 24 from members of the St. Maarten Seniors and Pensioners Association (SMSPA), figures provided by the platform stated.

The platform said the food vouchers given to residents should be US $300 instead of NAf. 300 monthly for persons living alone and US $500 for a couples so that they can better juggle their resources to repair damage to their homes.
On the issue of clothing eight per cent of the respondents said they had insufficient clothing and 56 per cent said they had sufficient.

A total of 32 per cent of the respondents said they had sufficient tarpaulins, 18 per cent did not have sufficient and the remainder did not respond to the question. “This means that the roofs – at least 5 out of every 10 persons are still in need of repairs. Half of the persons still need to cover their home with tarpaulins four months after Irma,” the platform said.
On the issue of home repair, 32 per cent of the teachers who responded said their home repairs were completed, 18 per cent did not indicate whether their home had been repaired or not and 50 per cent homes were still not repaired. None of the homes of seniors had undergone repairs as yet.

“When we talk about home repair, mortgage and insurance providers demand that a home has to be repaired, restored and brought to its original state from before the hurricane. VROMI requires no building permit to restore. To build back stronger and better, building permits have to be requested and approved. Actually, all homes in St Maarten have to be reviewed if they should become category 5+ hurricane resistant and earthquake resistant,” the Platform said.

On the issue of utilities, half of the respondents (51 per cent) said their electricity had been restored, 17 per cent still needed electricity and the remainder did not respond to this question.

“GEBE has to address this matter. Why can’t people without electricity be provided with a generator and vouchers for gasoline or with alternative sustainable energy supplies until electricity is restored?” the platform asked.