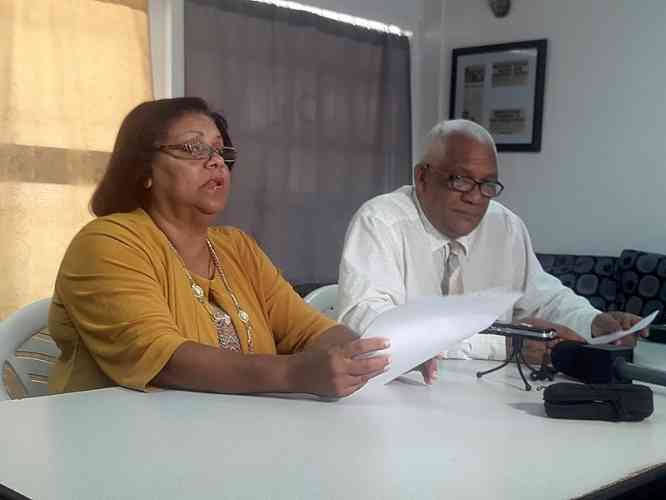 MADAME ESTATE–St. Maarten Anti-Poverty Platform and St. Maarten Consumers Coalition are hoping that government and parliament will respond positively to their request for a meeting.

Representative Raymond Jessurun said at a press conference on Thursday that the letters to both government and parliament had been booked in on August 18 and a follow-up request had been sent on November 1.

He questioned whether the projects highlighted in the governing programme of the sitting United Democrats party had any poverty-alleviating measures included.

He said United Democrats and St. Maarten Christian Party (SMCP) had formed the governing coalition as a result of the February 26 elections, to embrace a new era focused on “building a sustainable St. Maarten” that will lead to a prosperous and safe nation for all.

“What is the prosperous level the government has in mind for the more than 13,000 poor and needy households? Setting it right, putting Sint Maarten back on track – what is meant with that? What was the track of the 94 per cent poor and needy households before Irma? According to the Transparency International report of 2015 they could not survive with a household income of less than NAf. 4,000 or US $2,222 a month.”

He highlighted other areas in the government programme and asked how they will help in eradicating poverty in St. Maarten.

Jessurun is hoping to get an audience with parliament and government to address the matter of poverty.