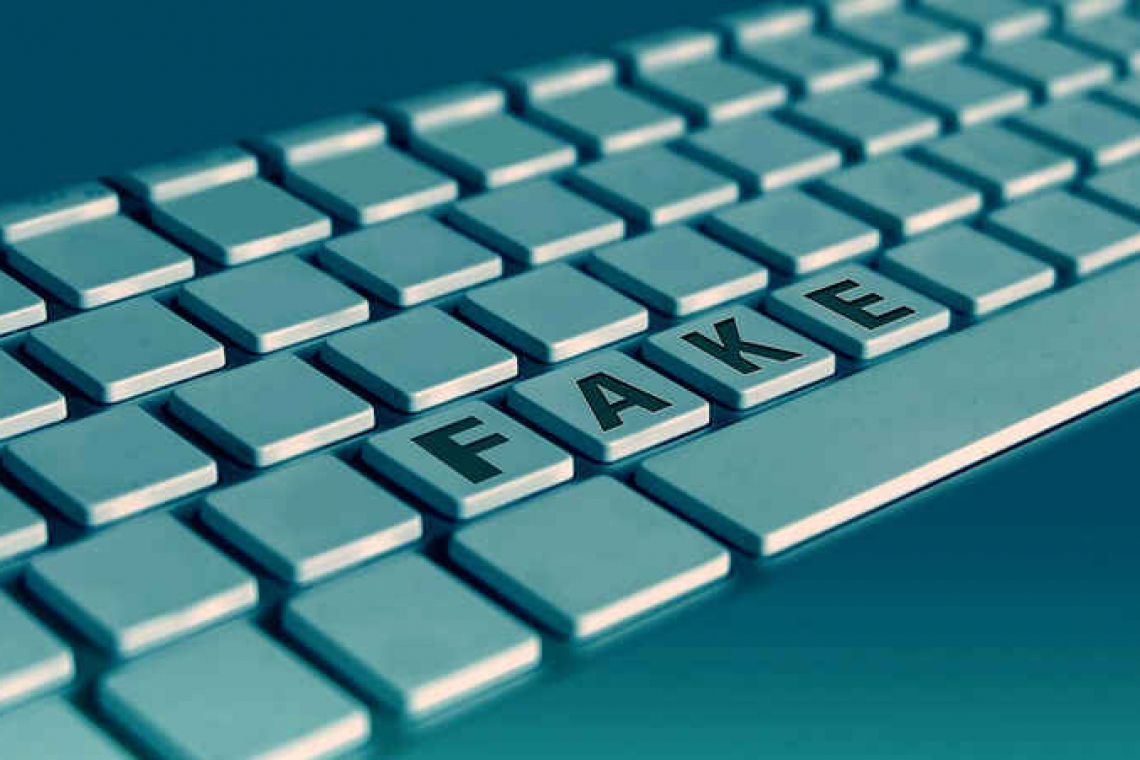 Graphic of a keyboard with a FAKE key.

PHILIPSBURG–St. Maarten has been added to the list of governments to receive a threatening, conspiracy-laden “cease and desist order,” which has primarily been targeting Caribbean governments. The pseudo-legal group behind the spam campaign, calling itself the “International Tribunal” or the “natural and common law tribunal for public health and justice,” is using threatening language in an attempt to force the governments to immediately halt COVID-19 vaccinations, polymerase chain reaction (PCR) testing, and so-called “social control methods” which include masking, lockdowns, quarantines and “forced confinement with vaccinated persons.”

The group threatened penalties, namely the seizure and confiscation of “financial and real property” and “10 years imprisonment” without parole, in a convoluted 51-page letter addressed to Governor Eugene Holiday.

Feigning authority through citing various institutions and declarations, using legal jargon (incorrectly), and presenting lists of its bogus legal procedures and convictions, the group accused the governments of genocide, crimes against humanity and “genetic biowarfare.”

Nearly identical letters, published on the group’s website, were addressed to the leaders of nine other Caribbean countries, and to Germany, the ‘African Union & Member Nations,’ Australia, Canada, and New Zealand. Only Caribbean leaders, including the Prime Ministers of Anguilla (using the wrong email address) and St. Kitts & Nevis had been targeted by the time St. Maarten was added into the fold.

Alfred Lambremont Webre, “Chief judge of the tribunal” has a history of trying to pressure governments to accept and support his conspiracy theories through what would look like legal measures.

In January, the group sought “Court enforcement of injunctions against DNA-altering COVID vaccines,” a 2018 headline on his website read, “It’s time for MARS & Mars Explorers to sue for Life on Mars Disclosure in US Federal Court!”, he speaks of his work with the International Criminal Court to ‘Stop Genocidal Technologies Pandemic’, and he submitted an online petition to a member of Canadian Parliament regarding his campaign to elect himself: (1) an earth representative to the regional galactic governance council, and (2) an alternative United States presidential candidate.

Webre said he wants to be the Earth representative “to the regional galactic governance council, which now… all of the continuous star systems [names various systems] belong to and oversee Earth. And Earth and our solar system have no representation. And so, I am saying it is about time that we had representation because the affairs of our solar system, including the very design of homo sapiens sapiens is determined by this council.”

He publishes regularly on websites that he owns, as well as others that are typically banned from the major platforms such as YouTube, Facebook, Google and Twitter on the count of repeatedly issuing misinformation. Some of the fringe websites were set up as a direct consequence of the hosts being banned from the bigger platforms.

Besides these echo-chambers of pseudoscience online, he has also published various books through Bear & Company, a publishing house self-described as exclusively being devoted to “the subjects of spirituality, the occult, ancient mysteries, new science, holistic health, and natural medicine”.

While his books, such as The Omniverse: Transdimensional Intelligence, Time Travel, the Afterlife, and the Secret Colony on Mars, are wildly imaginative yet probably harmless Other conspiracy theories that he continuously promotes, sell through to paranoia and fear, including serious COVID-19 health misinformation.

This includes narratives of 5G being linked to the virus spread: the virus being a hoax; vaccines causing explosive death tolls and further threatening to kill some 50 million Americans, altering genes, and vaccinated persons harming others around them.

The latest of these is a relatively new conspiracy theory. While the group did not create it, the “tribunal” published a “media advisory” about it the day after issuing the “cease and desist order” to St. Maarten. It claims that “whatever is in the vaxx” will transmit via inhalation or skin contact from the vaccinated to the unvaccinated, causing “devastating effects.”

“If a woman who was never vaccinated gets exposed to a woman who was vaccinated, she can A: miscarry, B: spontaneously abort, C. poison a baby via her breast milk, D: Have babies that have cognitive difficulties.” This would also be the case if contact is made via an intermediary.

Stories relating to female infertility and the vaccines have been spreading via social media. For some elucidation, search for “Fact Check-COVID vaccines do not ‘shed’ from one person to another and then cause reproductive problems” by Reuters.

Besides coronavirus-related stories, Webre pushes many well-known and debunked conspiracy theories, including the HAARP [High-frequency Active Auroral Research Program] weather control programme, Chemtrails, 9-11 being a false-flag operation dependent on time-travel, plasma weapons, crop circles, MMR [measles, mumps, and rubella] vaccines causing autism, and reptilians ruling the world. He describes the killing of George Floyd as a “Luciferian event that was intended to divert the publication of the Omniversity Reader,” perpetrated by the Deep State.

He has actively promoted the wildly misleading film ‘Plandemic’, which gained traction globally as well as on the island, despite being banned almost immediately by most platforms for promoting dangerous health misinformation. For some elucidation, see “Fact-checking Judy Mikovits, the controversial virologist attacking Anthony Fauci in a viral conspiracy video” by ScienceMag.org.

According to Rational Wiki, he has of late been focusing on “‘chronogarchy,’ a long-running conspiracy to control the world via time travel.”

The Daily Observer, a newspaper in Antigua and Barbuda, picked up on Webre’s ‘media advisory’, and apparently not realising that the group is dedicated to spreading conspiracy theories, published an article on April 29 entitled “International tribunal wants government to stop vaccinating residents.”

The article outlined the group’s concerns seriously, countering them at one brief point with a statement by the country’s Director of Pharmaceuticals, who stated that the vaccines being approved for emergency use “does not mean that the vaccines are used as experiments.” It also quotes the leaders of St. Kitts and Grenada as saying that “they do not recognise the authority of the group or its document.”

The piece drew many negative reactions on the newspaper’s Facebook account, with most people making fun of the topic or criticising the publication for lack of research. A few approved of the theories.

The article has since been cited by the tribunal as news coverage, and a Facebook account under the name Alfred Webre – which shares all of the latest content from his websites – complemented The Daily Observer for sharing the story, using the opportunity to post more ‘anti-vaxx’ links in the comment section.