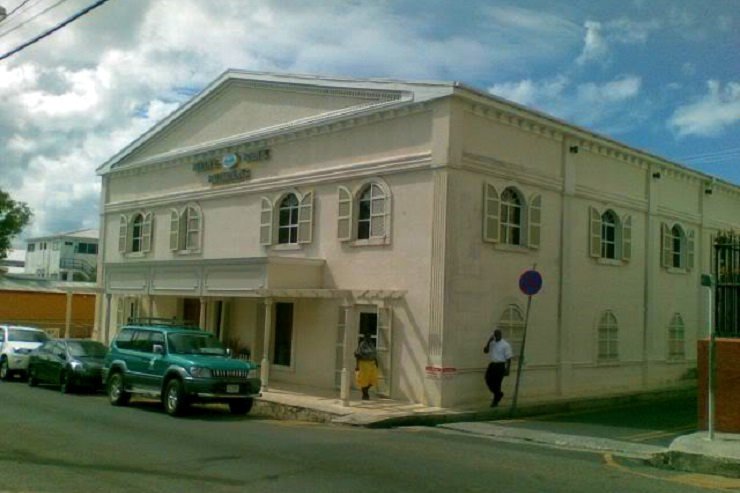 ST. JOHN’S, Antigua–The accounts of a Brazilian-owned offshore bank in Antigua have been frozen, after a Brazilian court found a prima facie case of money laundering by nationals of the South American country.

Several online publications report that the bank in question, Meinl Bank Antigua Limited, was complicit in the biggest corruption scandal ever uncovered in Brazil. That scandal included the alleged involvement of Luis Inácio Lula da Silva, the nation’s president from 2003 through 2010, and saw President Dilma Rousseff suspended from office.

The bank was said to have been acquired by Brazilian construction giant Odebrecht, to launder, distribute and conceal billions of dollars in bribes.

The activities at the Antigua bank were reportedly carried out between 2010 and 2014, before legislative action by the government to close loopholes in anti-money-laundering legislation and in the administration of international offshore banks.

Vinicius Veiga Borin, a whistleblower from Odebrecht, said he and other Odebrecht executives collaborated to take control of Meinl Bank Antigua in late 2010.

Borin, who is a former employee of the now defunct Antigua Overseas Bank (AOB), says he and other AOB colleagues joined two executives to acquire the subsidiary of Meinl Bank. He is one of several Odebrecht executives drafted into “Operation Car Wash,” as the massive corruption investigation in Brazil is known.

He told investigators that 51 per cent of Meinl was bought through third parties for over US $3 million, and Odebrecht gradually gained 67 per cent control.

Borin claimed to have discovered, in one instance, that US $16.6 million was channelled through the bank in Antigua to pay for the campaign of the President and former President of Brazil.

He further claimed that Odebrecht executives linked to Meinl Bank used special software and code names to shift funds and distribute bribes and moved around US $1.6 billion through over 40 accounts.

In Brazil, Odebrecht has been implicated as the principal actor in providing hundreds of millions of dollars in bribes to executives of Petrobras – Petrolio Brasileiro SA, the country’s semi-public national oil company.

To date, more than 50 major politicians are under investigation and scores of businessmen have been arrested in the scandal.

Meanwhile, the Antigua and Barbuda Government said in a press statement that it is firmly resolved to ensure that the jurisdiction upholds and implements the strongest anti-money-laundering regime; is not abused; and poses no financial risk to other jurisdictions.