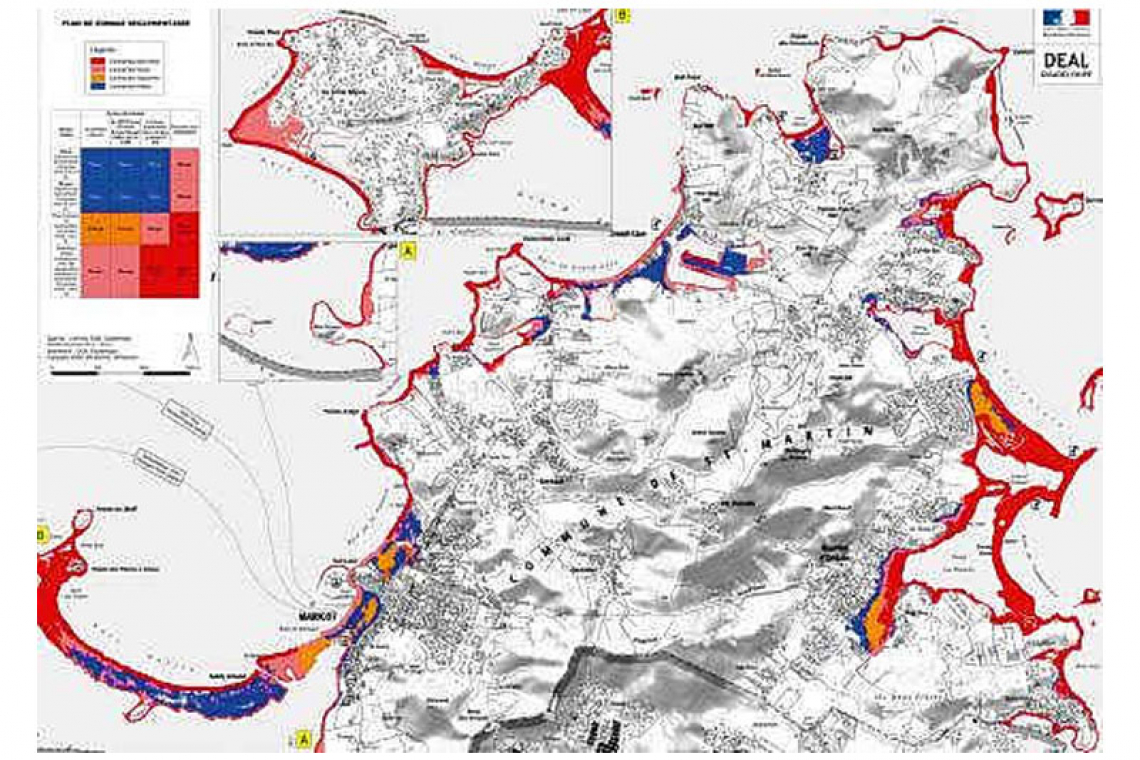 MARIGOT—The Administrative Court of Appeal in Bordeaux has ruled in favour of the Ministry of Ecological Transition’s appeal on the decision made by the Paris Administrative Council to annul the August 6, 2019, Prefectoral decree invoked by then Préfète Déléguée Sylvie Feucher to implement the revised natural risks prevention plan PPRN for St. Martin in advance.

It was understood the Appeal Court’s decision was made on March 30, 2021, rendering the PPRN still valid and active. At the time in 2019 the Territorial Council unanimously disagreed with the Préfète’s action which, although lawful, was taken as an emergency due to the impending hurricane season.

The population however for months had openly expressed its disapproval of the revised PPRN’s new regulations and zoning proposals based on surveys and measurements taken after Hurricane Irma.

Increasing mistrust and tension during public and technical consultation meetings over the proposals in the revised document and a perception that the State was trying to rush the PPRN through ultimately led to the civil unrest and blockades in December 2019.

The Collectivité in September 2019 took the matter to the administrative court of St. Martin to have the Préfète’s decision cancelled but it was rejected. It subsequently filed an appeal in March 2020 with the Administrative Court in Paris which on June 30, 2020, declared the cancellation of the August 6, 2019, decree and ordered the State to pay 3,000 euros to the Collectivité.

The Ministry of Ecological Transition then appealed the Paris court’s June 30, 2020, cancellation.

In early 2020 the government sent a former Sous-Préfet of St. Martin Dominque Lacroix to carry out an in-depth investigation into the causes of the population’s discontent. The 10-day Lacroix Mission’s objective was to come up with a "fair and adapted revision of the 2011 version of the PPRN.”

The Lacroix report proposed seven recommendations to rework the text of the document that were largely accepted by the population. Minister of Overseas France, Annick Girardin, presented the report of the Lacroix mission to President Daniel Gibbs during a visit to St. Martin in June 2020 indicating she had asked State services to relaunch work on the PPRN revision.

A new draft was due to be delivered in September and a final text at the end of 2020. However, the arrival of the COVID-19 pandemic caused even more delays. The Collectivité has said it will be communicating on this latest development.