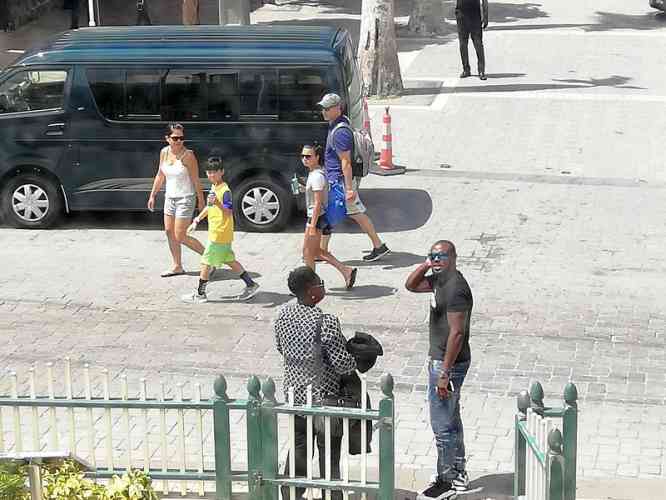 PHILIPSBURG–The Court of Appeals sentenced a 29-year-old officer of the Immigration and Border Protection Services on Thursday to twelve months imprisonment and a five-year ban from public service for corruption and bribery.

Following the Court of First Instance, the Appellate Court found it proven that Michaelangelo Bell had accepted a US $3,000 bribe from a man of Haitian descent to do something in violation of his duty.

Where the lesser Court had sentenced Bell to six months with a five-year ban, the Joint Court considered a higher sentence warranted.

“The suspect abused his authority as an Immigration officer and preyed on the most vulnerable. Such behaviour has no place within the Police Force or within the Immigration Department,” the Prosecutor’s Office had said in calling for 12 months, six of which were to be suspended, on two years’ probation, during the hearing in the Court of First Instance in August 2018.

The defendant had filed for appeal. During the appeal hearing, the Solicitor-General had called for a prison sentence of 18 months.

The Appeals Court found Bell guilty of extortion of an undocumented Haitian national during a general control outside Union Caribe money-transfer service on Cannegieter Street on March 29, 2018.

While driving toward the police station, Bell had asked the Haitian man if he had a residence permit. The man responded that he had requested one, after which he was arrested. “What can you do for me?” Officer Bell had asked the man, stating that he would be released for payment of US $3,000.

They drove to the bank where the Haitian man withdrew the requested amount from his savings account, after which he was dropped off in Madame Estate to take a bus. However, Bell did not leave before giving him his telephone number and informing him that he could “certainly” help him with obtaining a residence permit for $1,000 extra, the Haitian man had told the police.

The Immigration officer denied that he had forced the Haitian man to pay him a bribe and claimed the man had “spontaneously” offered him $3,000. “He said he would give me anything, as he did not want to go back to Haiti. I took a chance there. I knew it was bad and wrong,” Bell told the judge in the Court of First Instance, adding that he could not resist the offer, as he has debts.

“The defendant, an on-duty Immigration officer, has been guilty of abusing his authority in approaching an immigrant for improper purposes and by abusing his vulnerable position. His actions have been very frightening for the victim,” the Joint Court stated in the verdict.

In addition, the suspect’s actions have led to substantial damage on the part of the Immigration organisation and have damaged the confidence everyone must have in the authorities in St. Maarten, according to the Court.

In sentencing, the Court of Appeals took into consideration that to this day no disciplinary measures have been taken against the defendant. While retaining his salary, he was only denied access to buildings of the judicial services. Therefore, all three Joint Court judges considered 12 months an appropriate sentence.