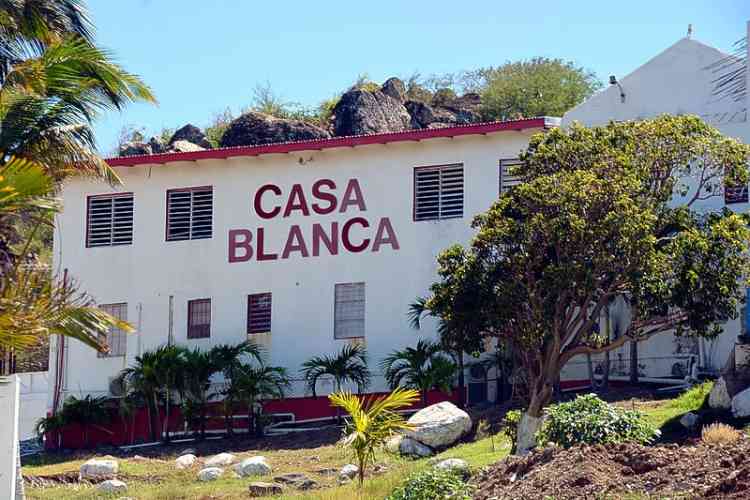 PHILIPSBURG–The appeals in the cases against management of Casa Blanca brothel in Oyster Pond who were convicted in April 2017 of involvement in human trafficking, but acquitted of deprivation of liberty, will be heard in August or September 2018, the Joint Court of Justice said Thursday.

Casa Blanca Manager Augusto T.M. Reiph and his sister, assistant manager Jessica P. Reiph, were both sentenced to two years, one of which was suspended, on two years’ probation.
Casa Blanca N.V., its manager and assistant manager were each also ordered to pay a fine of NAf. 15,000 for non-payment of turnover and profit taxes. Jessica Reiph was also convicted of illegal firearm possession.

Four members of the family operating the king-size brothel were prosecuted for human trafficking, illegal restraint and possession of illegal firearms. They also had to answer to charges of several tax crimes to the amount of NAf. 430,000.

In calling for prison sentences ranging from four to eight years, the Prosecution found it legally and convincingly proven that a large number of women had been exploited for the financial gain of the adult entertainment centre’s owners and managers.

However, the lesser Court did not find deprivation of liberty proven, as it could not be ascertained that the women had been kept in the brothel against their will. The Judge said the women were free to leave the establishment.
The considerably higher demands by the Prosecutor’s Office were not followed because the Court found only lesser charges proven.

Besides, “Government is partly to be blamed for the continued existence of the abuse,” the lesser Court stated last year. Government should have called Casa Blanca to order during inspections and had failed to point out the difficult situation in which the women employees had found themselves, the Judge said at the time.

Only Augusto and Jessica Reiph and company Casa Blanca N.V. were summoned to appear for Thursday’s procedural hearings, but only lawyer Sjamira Roseburg was present to represent the Reiphs. Legal representative of Casa Blanca N.V. attorney Richie Kock was not present as he had not received the summons.

Owner of the Casa Blanca building Calma J. Priest and assistant manager and member of the family David J. Eustace, who both also filed for appeal, will also be summoned to appear in the appeal hearings, which are to be held after the mid-year recess.
The Court of First Instance held Augusto Reiph’s cousin Eustace for a co-perpetrator in this case, as he had played an important role in the business, albeit for a shorter period of time. He was sentenced to 342 days in jail.

Seventeen former employees of the adult entertainment centre had provided incriminating statements against the defendants. As five of these witnesses were not heard for additional questioning by an Investigating Judge and the defence, Roseburg requested that Appeals Court allow these workers to be heard, especially about the fine system at the club and about the allegation that they were forced to perform acts of a sexual nature.
All workers involved, who hail from Latin-American countries, are no longer residing in St. Maarten, which makes it difficult to trace them.

Inquiries with the Investigating Judge revealed that one of the women is living in Venezuela, which makes it impossible for her to be questioned. The four other women, who live in the Dominican Republic, could not be found by the authorities there.
On hearing this, the Joint Court decided to turn down the lawyer’s request, unless new information emerges about the witnesses’ whereabouts.