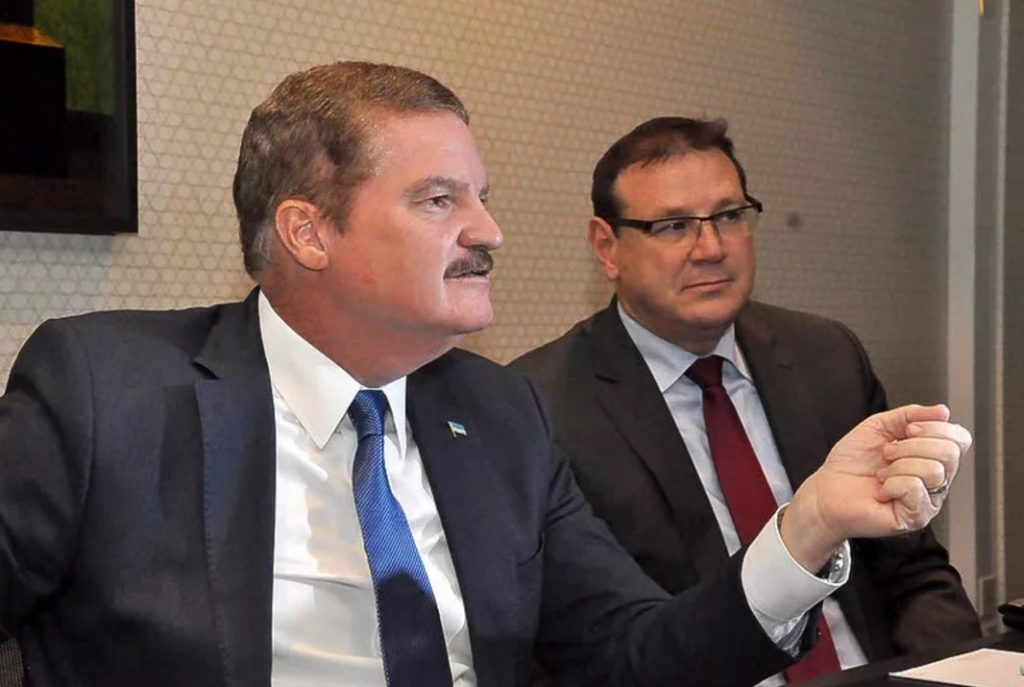 Aruba Prime Minister Mike Eman (left) and Minister Plenipotentiary in The Hague Alfonso Boekhoudt (right) during a press conference in The Hague in February this year to announce Aruba’s venue for the UN conference for Small Island Developing States. (Suzanne Koelega photo)

THE HAGUE/ORANJESTAD–The Aruba Government wants the Kingdom Government to annul its decision to appoint Alfonso Boekhoudt as Aruba Governor. Boekhoudt in the meantime has been ditched as Minister Plenipotentiary in The Hague.

The Aruba Council of Ministers decided on Friday to terminate its confidence in Boekhoudt and to subsequently discharge him of his function as Minister Plenipotentiary per November 1, 2016. The Government Decree was formalised and signed by Aruba Governor Fredis Refunjol and Prime Minister Mike Eman that same day.

Oranjestad’s move is a clear protest against the unilateral decision of the Kingdom Government on Friday, October 7, to appoint Boekhoudt as Governor of Aruba per January 1, 2017. Boekhoudt (51) had been proposed by Dutch Minister of Home Affairs and Kingdom Relations Ronald Plasterk.

The Eman cabinet on the other hand had nominated Aruba’s current Finance Minister Angel Bermudez as its favourite candidate. However, the Dutch Government didn’t consider Bermudez the right man for the job. Boekhoudt is blamed for not first consulting Eman before accepting the appointment.

Eman sent a letter to Dutch Prime Minister and Chairman of the Kingdom Council of Ministers Mark Rutte last Wednesday in which he insisted on the annulment of Boekhoudt’s appointment as Governor.

Eman emphasized that Minister Plasterk had no role to play in the selection of a candidate. Plasterk denied Eman’s accusations and stated via his spokesperson that the appointment took place in accordance with the regulation in the Kingdom Charter. The Minister didn’t want to react on Eman’s letter as the letter still has to be responded to by Prime Minister Rutte.