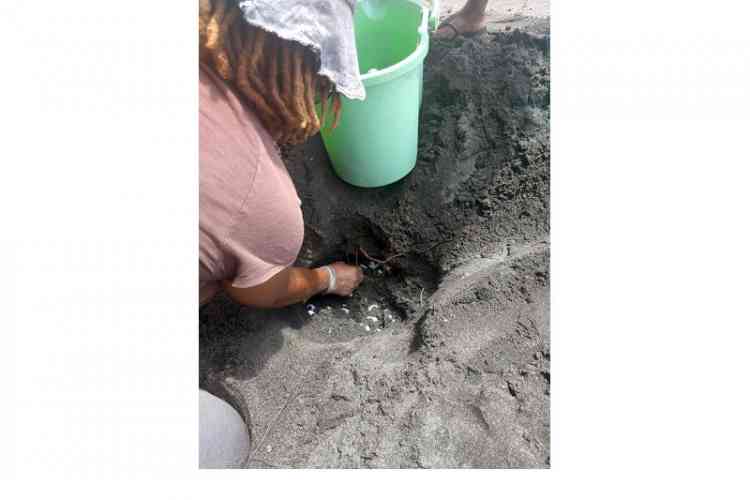 ST. EUSTATIUS–Category-One Hurricane Jerry, which is due to pass the island today, Friday, has caused some rescheduling.

Government Commissioner Marcolino “Mike” Franco stated that based on the information available to the public entity on Thursday, St. Eustatius will not experience severe weather.

However, the island is under a tropical storm watch, because if the hurricane changes its course slightly the island may experience different conditions.

With the information available, the public entity saw no reason to close the schools and government services on Friday.

Franco said that he and the Crisis Management Team are monitoring every update and will provide alerts when necessary.

Winair cancelled all its Friday flights from St. Maarten to Statia because of the passing storm. The last Statia flight was Thursday around 1:00pm.

The management of the St. Eustatius Health Care Foundation made it known to the general public that for the safety of its patients and staff, Queen Beatrix Medical Centre will not be open for regular clinic due to the expected heavy winds and rain caused by Hurricane Jerry. Persons with emergencies are advised to call 910 or 912. The management extended their apologies for any inconvenience this may have caused.

Golden Rock Pharmacy, the only pharmacy on the island, will also be closed today.

St. Eustatius National Parks’ STENAPA’s participation in the International Coastal Clean-Up, which was to take place today, is being postponed until further notice, due to the passing storm.

Marine Park manager and sea turtle programme coordinator Jessica Berkel was out and about on Thursday saving a two-day-old turtle nest from the impending storm surges by moving it to a much safer location.

The Men’s Night Out was also postponed until a later date.